In the fall of 1980 the Libyans invaded Chad. The attack began with a series of heavy strikes flown by Tu-22s, MiG-25s and MiG-23s against the northern oasis and city of Faya-Largeau. Under the cover of LARAF airstrikes, two brigades of some 7.000 Libyan troops and over 100 T-72 tanks poured into the country, following the forces of the Chad's General Kamoue, who rebelled against the government of the former Defense Minister Hissen Habré (leader of the "Armed Forces of the North" - AFN) and joined Goukouni Oueddei (ironically, Kamoue and his troops were Christians, while Habré and his forces mainly Moslems). On 4 November 1980,
أنقر للتوسيع... 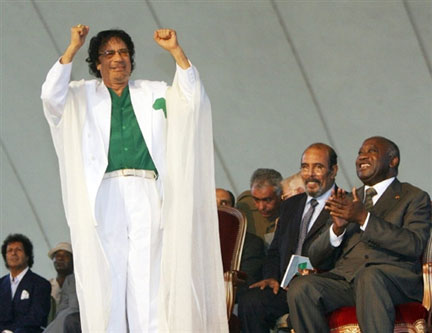