Most worrisome in Iraq's arsenal of guns developed by Gerald Bull from mid-1981 until he was assassinated on 22 March 1990, were its 300 155 millimeter howitzers, all versions of the GC-45 gun that Bull developed in the 1970's. Two hundred of these guns, termed GH-N-45 and manufactured in Austria, were shipped to Iraq via Jordan in 1985 for use in the Iran-Iraq war. The remaining 100 were manufactured in South Africa, where they are marketed under the name G-5. The G-5 can deliver a tactical nuclear warhead, chemical shells or any NATO standard 155mm shell.
أنقر للتوسيع... 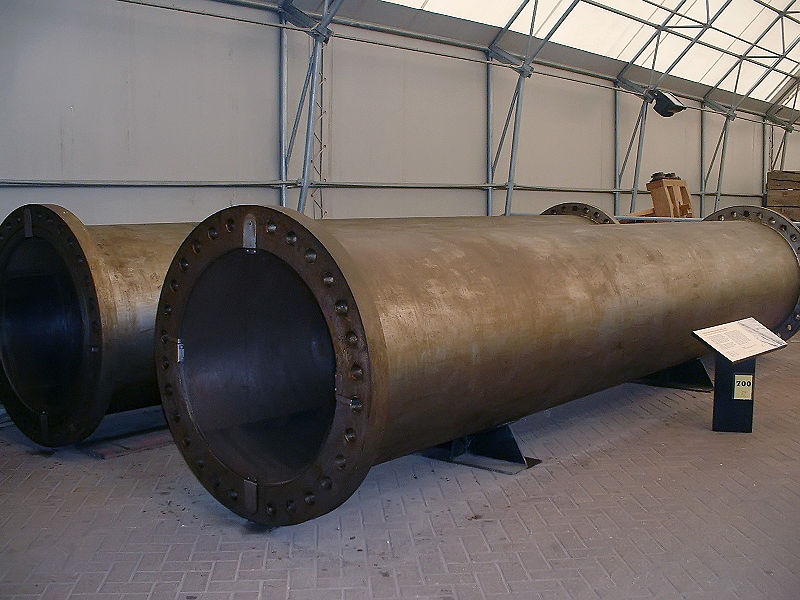 Baby Babylon, below, a prototype for the larger supergun, at Jabal Hamrayn, 90 miles north of Baghdad​
التعديل الأخير: 4 أبريل 2008
ا