Kissinger found out about the Third Army's encirclement shortly thereafter. Kissinger considered that the situation presented the United States with a tremendous opportunity and that Egypt was dependent on the United States to prevent Israel from destroying its trapped army. The position could be parlayed later into allowing the United States to mediate in the dispute and wean Egypt from Soviet influence.

As a result, the United States exerted tremendous pressure on the Israelis to refrain from destroying the trapped army, even threatening to support a UN resolution demanding that the Israelis withdraw to their October 22 positions if they did not allow non-military supplies to reach the army. In a phone call with Israeli ambassador Simcha Dinitz, Kissinger told the ambassador that the destruction of the Egyptian Third Army "is an option that does not exist.
​ 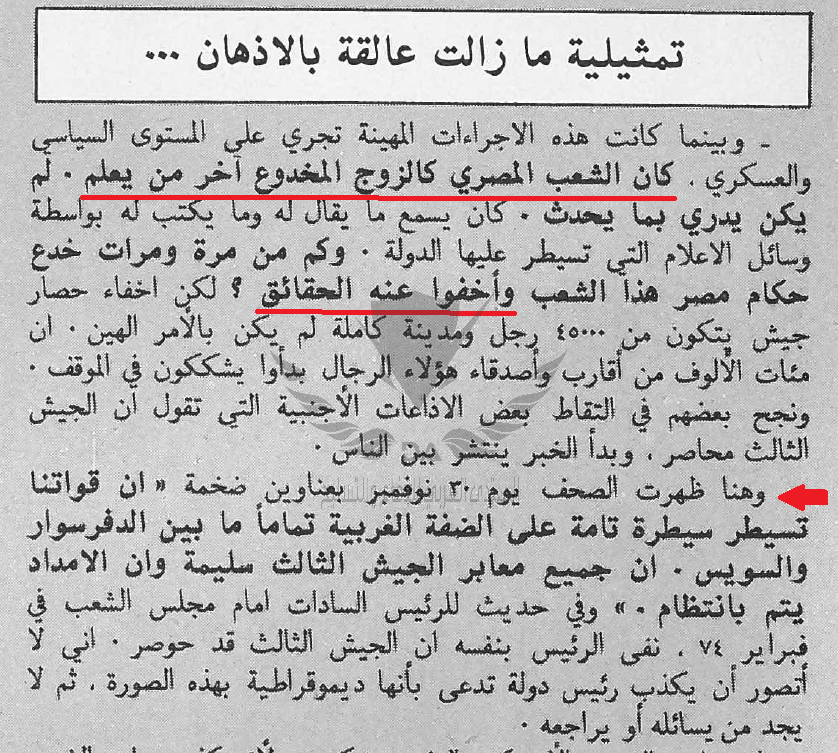 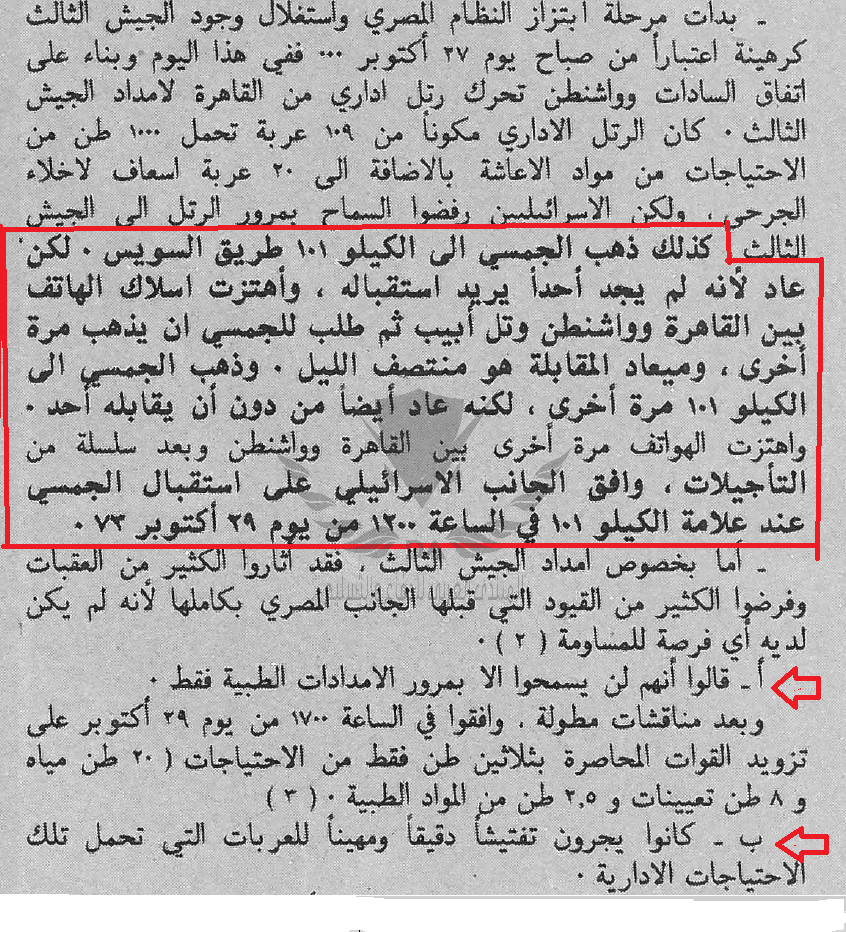