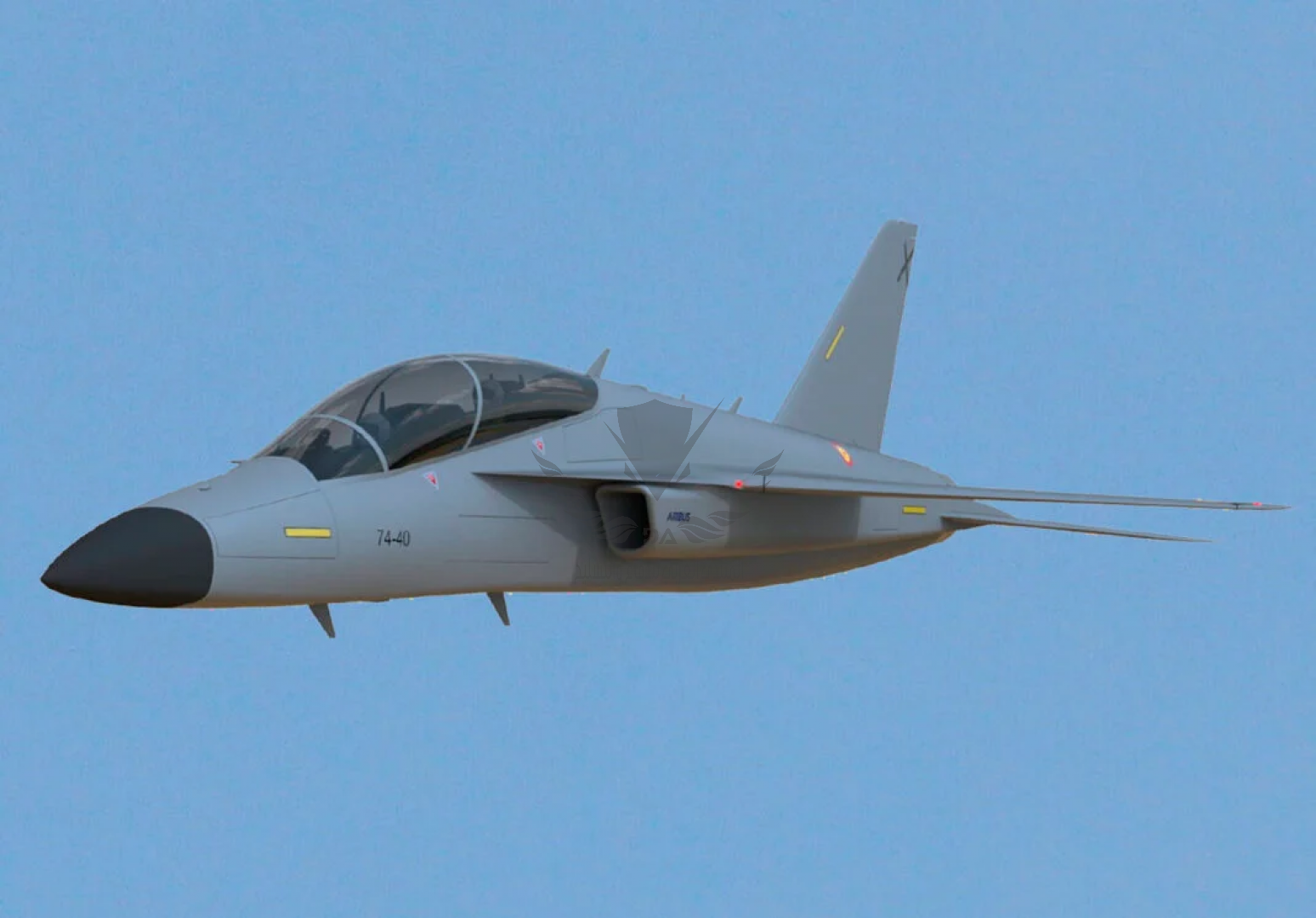 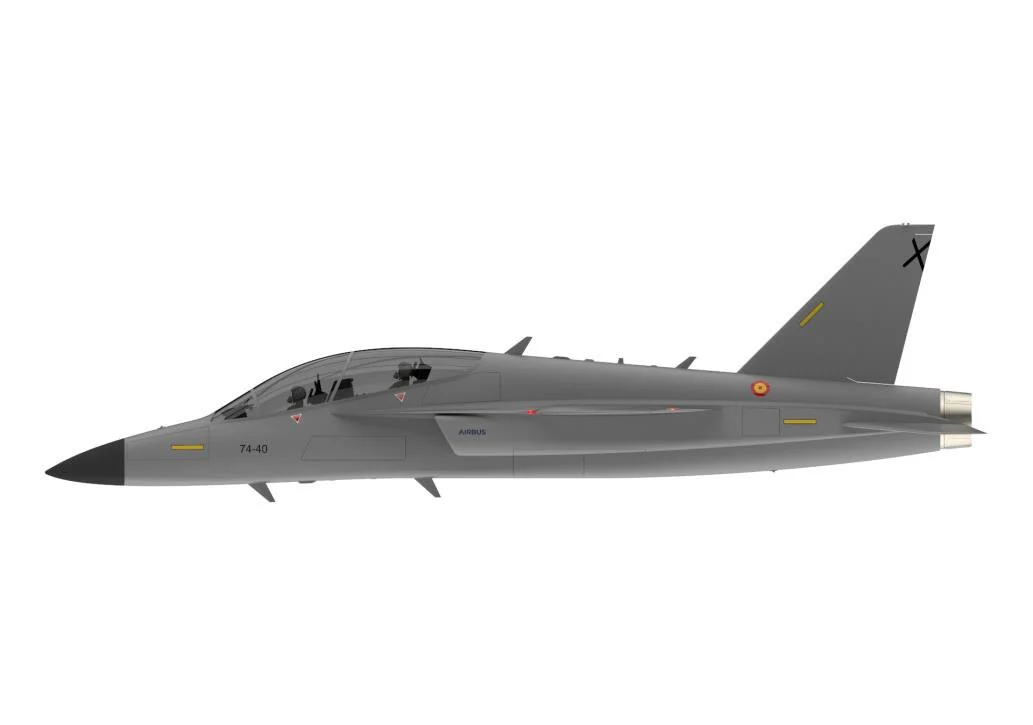 BERLIN---The U.A.E. Air Force & Air Defence (U.A.E. AF & AD) and Military Aircraft of the EADS European Aeronautic Defence and Space Company are teamed in the Mako program since the Dubai Air Show in 1999. The two partners, who have already signed two MoUs, are intensively working on further program progress. For this purpose the U.A.E. AF & AD / EADS team continues to jointly develop the technical and operational definition.

As a result of this endeavor, twelve individual MoUs between EADS Military Aircraft, U.A.E. AF & AD and internationally renowned companies have already been signed.

As far as the U.A.E. are concerned, the U.A.E. University at Al Am, the Gulf Aircraft Maintenance Company (GAMCO), and the Higher College of Technology (CERT) have joined forces with the Mako team.

The encouraging number of in total 15 MoUs with powerful partners and potential suppliers to share risks and revenues shows both the confidence in the maturity of the program and its market potential as well as the dedication to cope with changing economical conditions prior to the launch of such a new project.

The partners predict a bright future for Mako due to the unique family concept offering the optimum solution for future fighter pilot training and the light combat aircraft (LCA) role. Airframe, general systems, core avionics and the engine concept will have a very high degree of commonality for all Mako roles. E.g., the avionics will be of modular design, which enables ample growth potential for the LCA version and special features for the trainer version, such as in-flight simulation. The power plant will be a family concept in itself, providing low life-cycle cost in the derated (trainer) variant, and high performance in the enhanced Mako version.

Looking at the international market, a change in the trainer segment with high-performance turbo-prop aircraft covering even more capabilities in advanced training is obvious. At the same time, next-generation fighter aircraft such as the Eurofighter Typhoon provide for a major performance leap, leading to a training gap between contemporary jet trainers or their derivatives now under development and the future front-line fighters. The U.A.E. AF & AD / EADS team is convinced that Mako will cover this gap by having excellent capabilities as a companion trainer. This strong Mako advantage will save training hours on the high-performance fighter aircraft and thus give the air forces a remarkable cost reduction.

In the fighter segment, the advent of the next-generation combat aircraft will shift performance into higher dimensions. Below this high-end aircraft category there are no new-dedicated fighters in the LCA area, except the Mako. The market here is currently characterized by used third-generation fighter aircraft, which have low unit costs at first glance, but will punish their new customers with tremendous life-cycle costs in operation. Mako is the only aircraft in this class that will provide air forces with a modern flying weapon system at low cost of ownership featuring modern avionics, high agility, low signatures thanks to a stealthy design, a broad stores compendium and seven hard points.

With revenues amounting to Euro 30.8 billion in 2001 (excluding Airbus UK) and a workforce of over 100,000, EADS European Aeronautic Defence and Space Company is the largest European aerospace company and the No 2 worldwide. It is active in the sectors of commercial aircraft, helicopters, space, military transport and combat aircraft as well as defense technology and services. Among others, EADS holds 80 percent of Airbus, 75 percent of the space company Astrium, 100 percent of the helicopter manufacturer Eurocopter, 43 percent in the Eurofighter program and 37.5 percent in the missile company MBDA.


As far as the U.A.E. are concerned, the U.A.E. University at Al Am, the Gulf Aircraft Maintenance Company (GAMCO), and the Higher College of Technology (CERT) have joined forces with the Mako team. 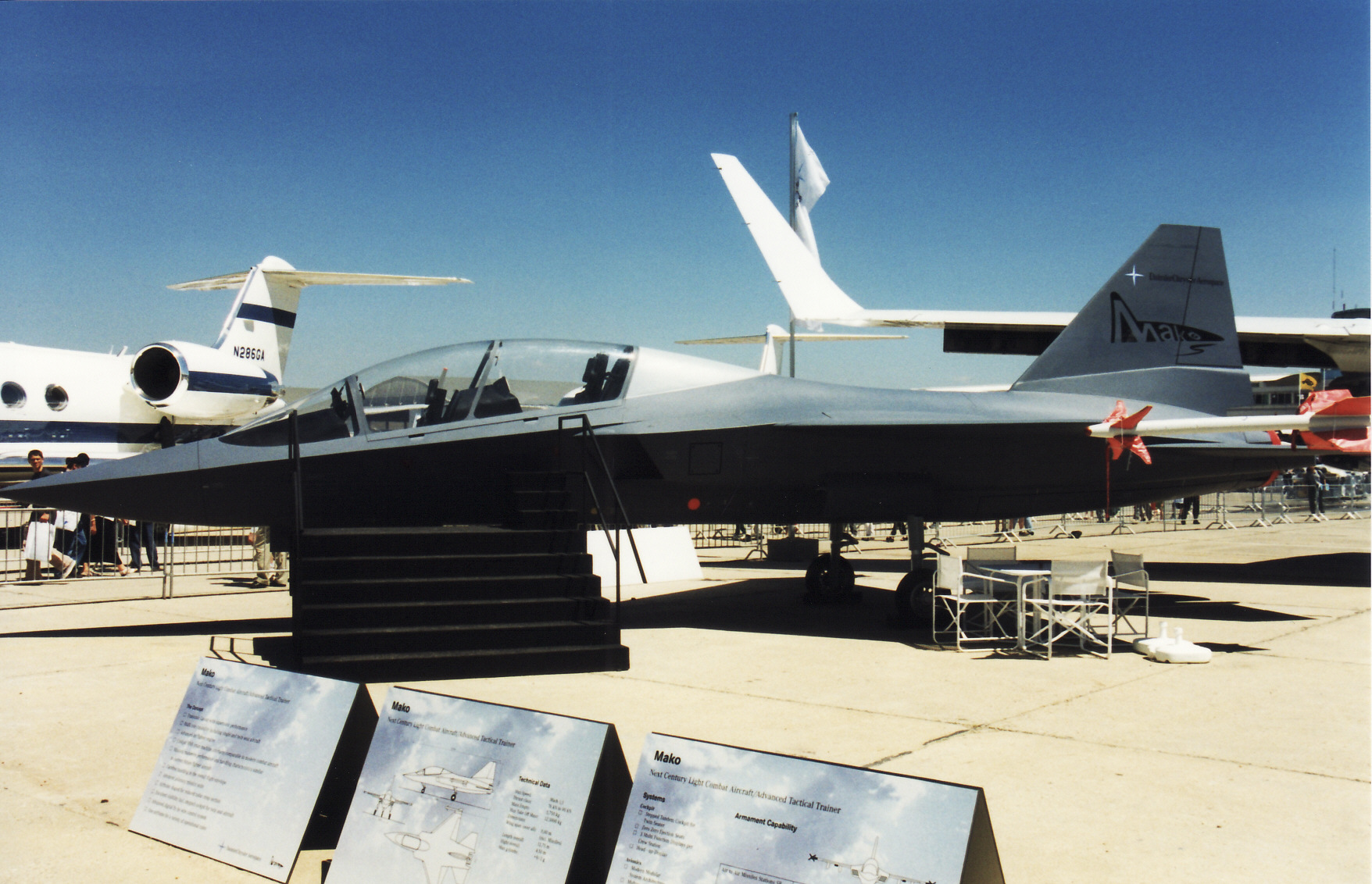 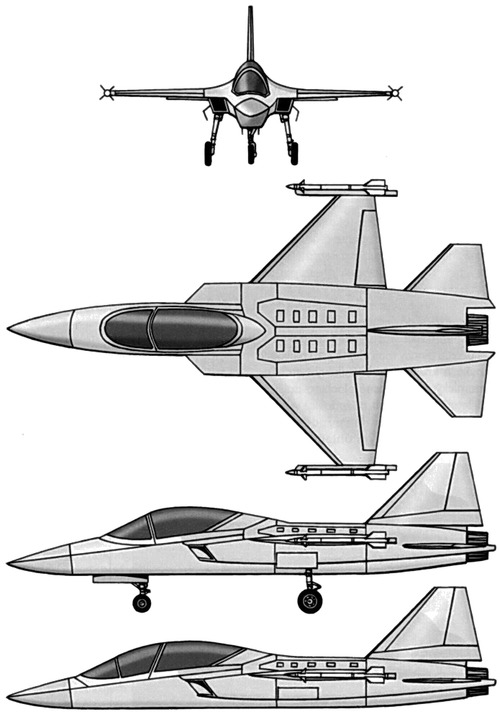 
EADS was joined in November 1999 by the air force and air defence force of the United Arab Emirates as a full partner in the program. The definition phase of the aircraft development programme is complete, but the UAE has withdrawn from the project. No decision on production of the aircraft has been taken and there has been no confirmation of the first flight, which was scheduled for 2009. The program is considered cancelled

Mako is an advanced trainer and light combat aircraft developed at the EADS Military Aircraft facility based in Munchen, Germany. EADS was joined in November ...


As far as the U.A.E. are concerned, the U.A.E. University at Al Am, the Gulf Aircraft Maintenance Company (GAMCO), and the Higher College of Technology (CERT) have joined forces with the Mako team.