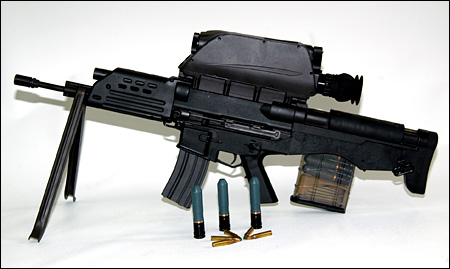 SEOUL ( 2008-07-28 10:29:35 ) :South Korean soldiers will be armed next year with a new rifle capable of firing bullets and high-explosive grenades with a single trigger, officials said Monday.

The XK-11 rifle is also equipped with electronic devices for night missions, the defence ministry's Agency for Defence Development (ADD) said in a statement.

It can fire 5.56mm bullets and high-explosive grenades capable of exploding over targets as well as penetrating the walls of buildings.

Several rifles used by military forces around the world are capable of firing grenades as well as bullets, but a second trigger is usually required.