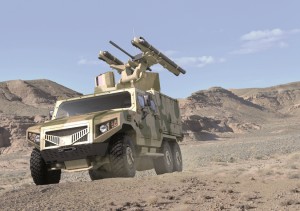 MBDA and NIMR Automotive LLC, a light-medium weight military vehicle manufacturer based in Abu Dhabi, UAE and part of the Emirates Defence Industries Company (EDIC), an integrated national defence and services manufacturing platform, have entered into a commercial partnership to address a requirement of the Emirates Defence Forces for a high efficiency V-SHORAD air defence system.
The new HAFEET ADV proposed by the two companies features the MBDA MPCS (Multi Purpose Combat System including a turret, sensors, IFF, Mistral missiles, command & firing posts and shelter equipment) that would be installed on NIMR’s latest HAFEET 640A all-terrain light armoured vehicle platform.
The combination of the MPCS equipped with MBDA’s latest generation Mistral missiles and of the NIMR vehicle would provide an unmatched mobile air defence capability allowing protection of convoys, armoured brigades in their manoeuvers as well as any land infrastructure or assets.
The two companies have already completed preliminary engineering studies and are in the stage of integrating the full system if ordered. Most of the HAFEET ADV components already exist and are modular.
Already in service in several forces in the world, the MPCS turret comprises a gyro-stabilized day/thermal sensor suite with integrated laser rangefinder. With four ready-to-fire, fire and forget, IR Mistral missiles, the HAFEET ADV enables the interception of a large spectrum of threats (high manoeuvering fighters, combat helicopters, UAV, UCAV, cruise missiles) at ranges exceeding 6 km and altitudes up to 5,000 m.
NIMR CEO Dr Fahad Saif Harhara stated “The HAFEET ADV concept is based on NIMR 6×6 tactical platform which combines high levels of mobility and protection to provide a multi-role platform for a broad spectrum of mission requirements”.
The MPCS system allows for low crew workload and short reaction time to provide Air Defence Forces with an outstanding high fire power against stressing attacks: a unit of six HAFEET ADVs can engage up to 24 different targets coming from any direction in less than 20 seconds with a reload capability of 48 Mistral missiles (8 additional Mistral missiles inside the HAFEET ADV shelter).
The HAFEET ADV can be operated in autonomous mode or in coordinated mode with MBDA’s latest generation of MCP (Mistral Coordination Post) equipped with 3D radar.
HAFEET ADV can be operated by a two or three man crew including a team leader and is air transportable.
> Press contact 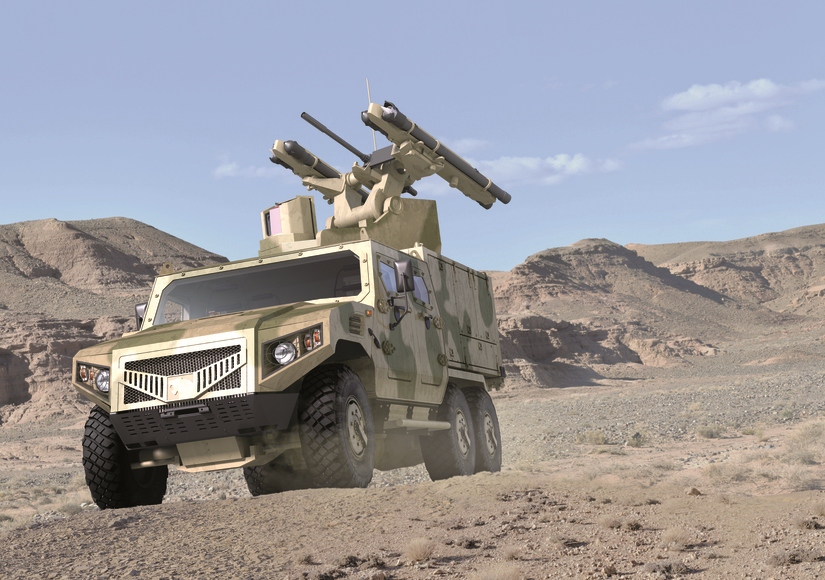 MBDA and NIMR Automotive LLC have entered into a commercial partnership to address a requirement of the Emirates Defence Forces for the HAFEET ADV.
www.mbda-systems.com 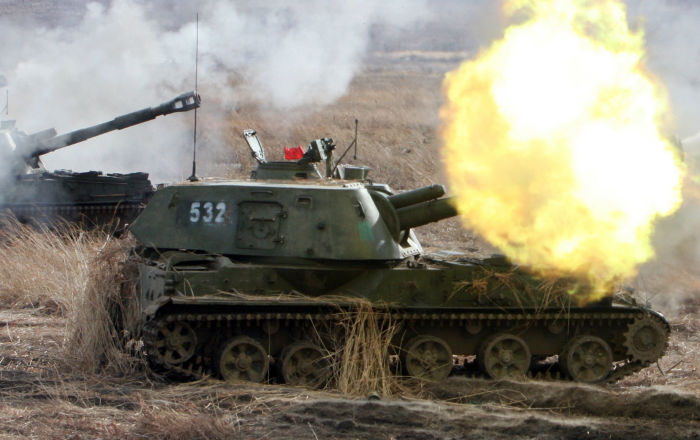 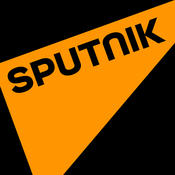 During IDEX 2019 held from the 17 February to the 21 February 2019 in Abu Dhabi, a new 57mm turret was unveiled on International Golden Group (IGG). Meet the Desert Spider. 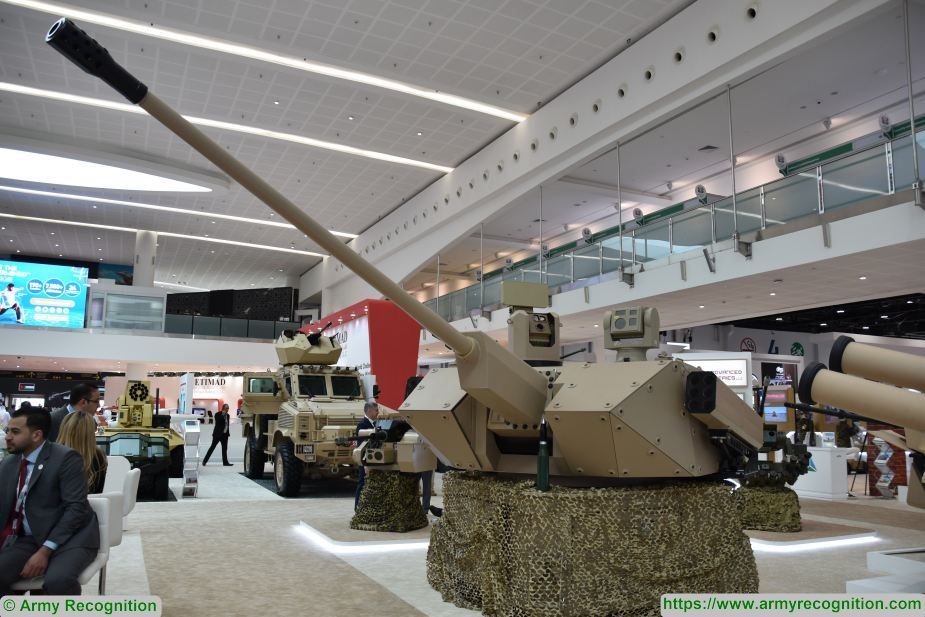 The Desert Spider is a cost effective solution for the protection of critical and high value infrastructure such as oil fields, nuclear plants border patrol, camp perimeter and other strategic sites. the Desert spider was specifically designed to be rapidly deployed by land or air to meet critical and tactical needs in a fast changing environment and is therefore remotely controlled, highly transportable with a high fire power capability.
The 57mm weapon's fire power capability can be used to engage and eliminate a wide range of armored and unarmored targets and threats at range of more than 6km. When fitted with a radar system, it can detect aerial, naval or land threats. The threats detected by the radar are cued to the electro-optical system for identification and engagement.
The Desert Spider can also be fitted with 70mm rocket launcher (or guided missile). The turret has a ammunition capacity of 92 rounds per boxes and can fire up to 120 rounds per minute. The Desert Spider have also a coaxial KPVT 14.5mm machine gun. The turret itself is STANAG 4569 Level 3 compliant, weights arounds 5.000 kg, can rotate 360° and have a -20° to +70° elevation.