President Donald Trump is considering a French plan to allow a $15 billion credit line for Iran should it come back and comply with the Iran nuclear deal, according to a Daily Beast report that cited US and foreign officials.
The plan was originally floated by French officials but was contingent on the US's approval of issuing waivers for its sanctions. French Foreign Minister Jean-Yves le Drian said earlier this month that the credit line would be backed by Iran's oil revenue and that negotiations on the matter were ongoing.
Four people with knowledge of the matter told The Daily Beast that Trump was entertaining the proposition, which would be a turn from his prior position on the matter. Trump's rhetoric toward the Iranian government has mostly unwavered. The US during his presidency has applied heavy sanctions against Iran since pulling out of the nuclear deal established in 2015 under President Barack Obama's administration. 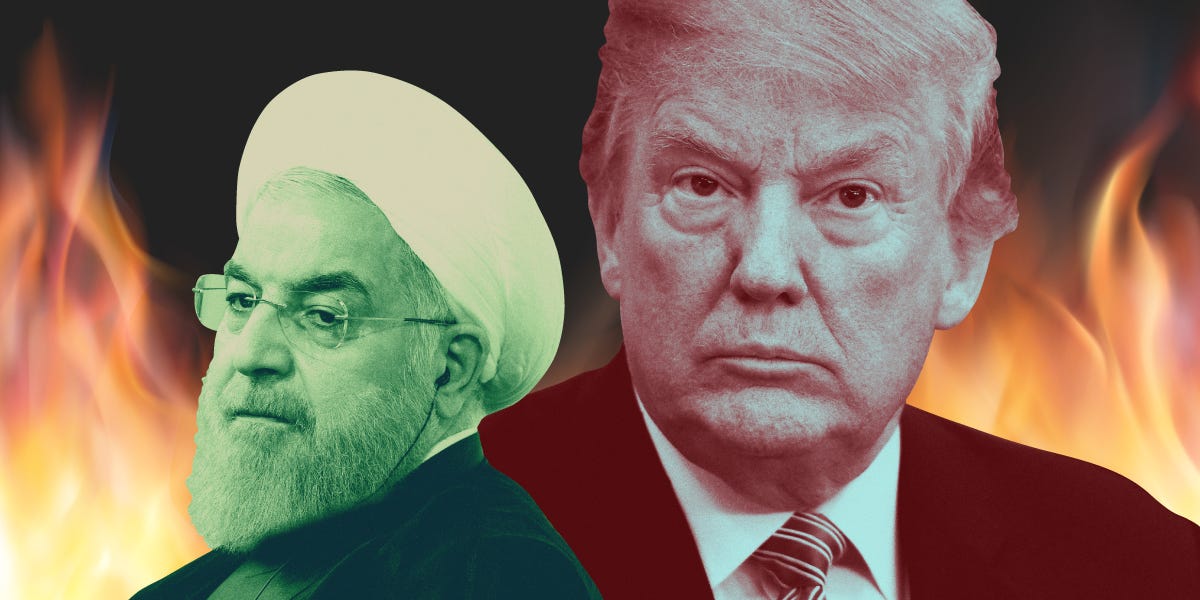 Trump is reportedly considering throwing a $15 billion lifeline to Iran

"I do believe they'd like to make a deal," President Donald Trump said on Wednesday, adding that he believed "Iran has tremendous potential."

“I can tell you that Iran wants to meet,” Trump told reporters at the White House.