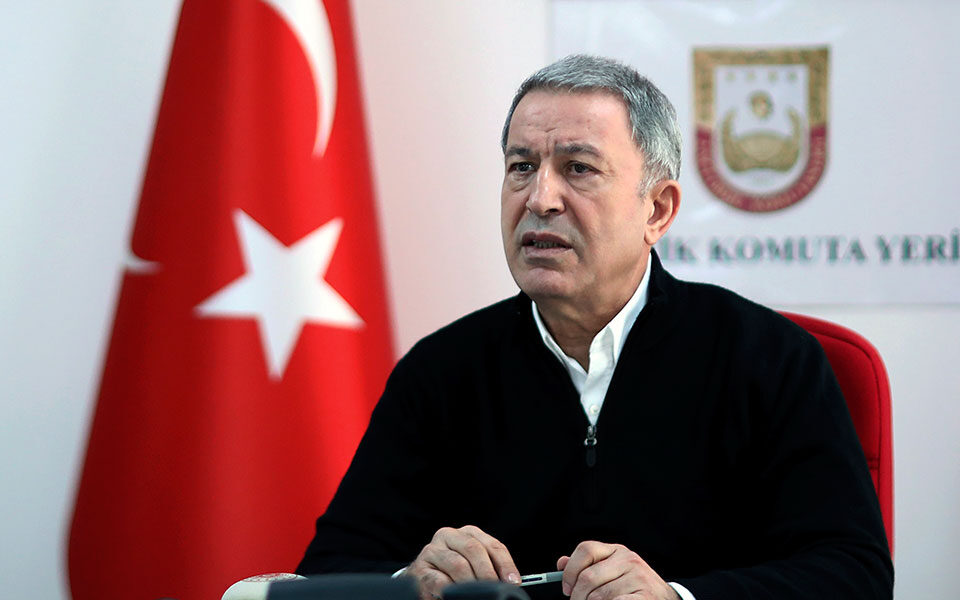 “Despite all the provocative actions and rhetoric, we are making great efforts to keep open the channels of communication and dialogue with Greece and we always extend our hand for peace for the stability of our region.

However, while we are approaching the problems with peaceful solutions, some well-known Greek politicians, in order to cover their own dreams for the “Great Idea”, talk about “Neo-Ottomanism”. In this way they accuse Turkey of expansionism. However, Greece itself has expanded three times in seven stages since its founding and is constantly challenging and threatening Turkey.

Despite the approaches of Greek politicians that are detached from reality and are disconnected from reason and justice, under the leadership of our president we will continue until the Aegean and the Mediterranean become a sea of friendship for peace and stability and we will ensure a fair share of all wealth.

Those who pride themselves on bringing the problems between us to an international level and those who believe that they will encroach on our rights by asking for help from some, know very well that we will never allow fait accompli. We never will!

As has happened earlier in history, we are determined and able to protect our rights and interests in the Aegean and the Eastern Mediterranean, including Cyprus.

Turkey builds its own missiles, its own helicopters, and its own ships. With God’s help, we will build our own aircraft and our own tank. We will also build a fighter. The genie is out of the bottle, we are not stopping, we will build them”.​
أنقر للتوسيع...