uring the 1980s the power of the Israeli Defence Force was at its height. The Arab Nationalist Bloc had been shattered by the defection of Egypt to the Western Bloc, and Egypt’s cutting of defence ties with the Soviet Union and ceasing of investment in high end military capabilities eliminated it as a major military competitor. Libya and Iraq, the other two major Arab military powers which had fought in the Yom Kippur War alongside Egypt, were increasingly preoccupied with wars against neighbouring states - Chad and Iran respectively - which again strengthened the Israeli position. Having proven itself a capable military power, and benefitting from powerful lobbies in the U.S itself, Israel had become a leading client for high end American weapons systems - and was the third country in the world only after Iran and the U.S. itself to receive fourth generation fighter jets. Egypt’s provision of many of the latest Soviet weapons systems to the United States for testing meanwhile allowed the Western Bloc to study potential rivals these combat platforms could face, and thus seriously undermined the air defence capabilities of states such as Syria and Iraq which relied on these systems. 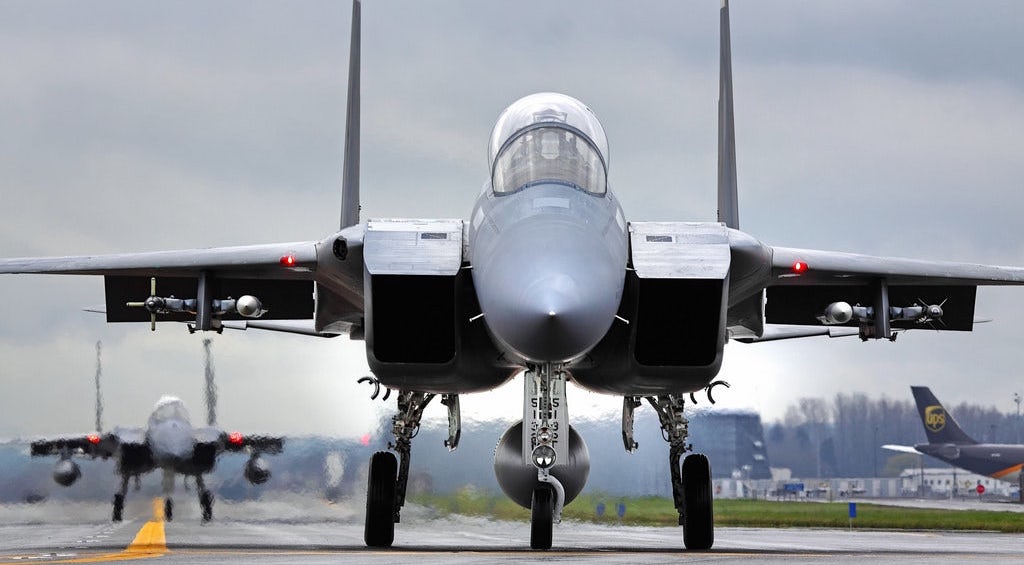 The F-15 Eagle, a high end heavyweight air superiority fighter, was Israel’s first fourth generation combat jet, and after spearheading an attack on Syrian air defences in 1982 and winning and overwhelming victory the high endurance fighters would be tasked with neutralising targets much further away from Israel itself. Israel’s longstanding political adversary the Palestinian Liberation Organisation (PLO) had relocated its facilities to Northwest Africa, and was attempting to organise anti Israeli activities from there where it would supposedly be immune to possible attacks. The PLO had sought to hold a major congress in 1988, in which it would declare the future of the ‘Palestinian state’ it sought to form, but was warned that such a meeting would come under Israeli attack. As one anonymous Tunisian military source noted that “Initially, the PLO wanted to hold this congress in Baghdad," but due to Iraq's war with Iran, North Africa was considered safer. "However, the Palestinians received a warning that Israel would attack, no matter where the congress took place. Therefore, they picked Algiers. This was considered a safer place.” With Algeria selected to house the congress and accepting to do so, the Israeli Air Force would have to tackle one of the most capable, best armed and best trained Arab militaries - and to do so further from it’s own airfields than it had ever been forced to operate before. 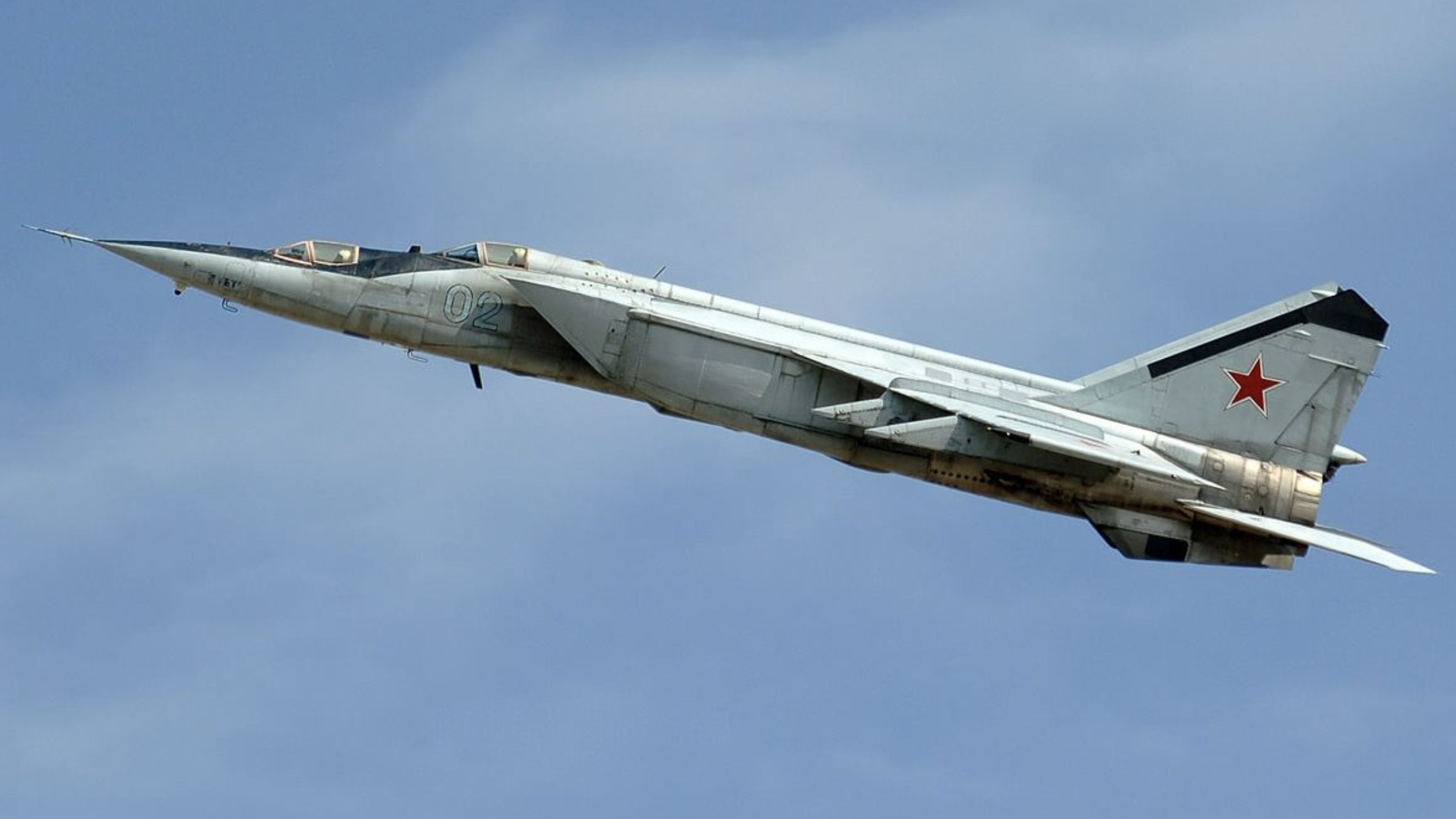 The PLO Congress was held at the Club des Pins Hotel around 20km west of Algiers, and the Algerian Military went to considerable lengths to protect the site from the expected Israeli strike. A no-fly zone within circle of 20 kilometers was established around Club des Pins which was enforced by 2K12 KuB mobile air defence systems - a predecessor to the modern BuK-M2 and BuK-M3 systems. Four combat jets were constantly patrolling the site - at low altitude two MiG-21 fighters and at high altitude two MiG-25 Foxbat interceptors. Additional MiG-25s were kept constantly on alert at their airbases. The MiG-25 was the most capable Soviet combat jet offered for export at the time, and was the fastest combat aircraft in the world. The aircraft were heavier than the F-15s, could fly higher and carried longer ranged missiles. Their R-40 missiles had over five times the payload as the F-15’s AIM-7 Sparrow which made them extremely difficult to evade, although the F-15s did benefit from superior manoeuvrability and climb rates and a more powerful sensor suite. Algeria was the first export client in the world for the MiG-25, and the aircraft was the only one capable of seriously challenging the F-15’s control of the skies. Previous Syrian attempts to engage F-15s with much lighter MiG-23 and MiG-21 jets, which lacked comparable sensors or flight performances and did not deploy any similarly long ranged missiles, had ended in an overwhelming defeat.

On November 10th 1988 a formation of F-15s was detected by Algeria’s air defence network approaching its airspace at medium altitude. More MiG-25s were scrambled to reinforce those already on patrol, but were not vectored to intercept the Israeli jets which were still far too far away. The Algerian interceptors were instead ordered to climb, and take a position in front of incoming fighters - where they would be able to take advantage of their higher altitude ceilings to launch missile attacks. More and more Algerian radar stations were activated and began tracking the approaching Israeli formation. The Israeli F-15s, likely detecting both the presence of a considerable number of Foxbats and multiple radar installations targeting them, followed a radial course and turned back. F-15s taking part in a strike mission against such faraway targets were forced to operate at the limits of their endurance - meaning carrying bulky external fuel tanks which limited manoeuvrability and deploying a minimal payload of air to air missiles. The Eagles were thus in poor shape to take on a heavily armed contingent of much faster and more heavily armed Algerian interceptors. Israel’s limited experience against the Algerian Army in the Yom Kippur War, where they had proven considerable more capable on the ground than their Egyptian or Syrian counterparts, had left a lasting impression which could have contributed to its Air Force’s adoption of a far more cautious stance.

Israel’s limited experience against the Algerian Army in the Yom Kippur War, where they had proven considerable more capable on the ground than their Egyptian or Syrian counterparts, had left a lasting impression which could have contributed to its Air Force’s adoption of a far more cautious stance.
Ø