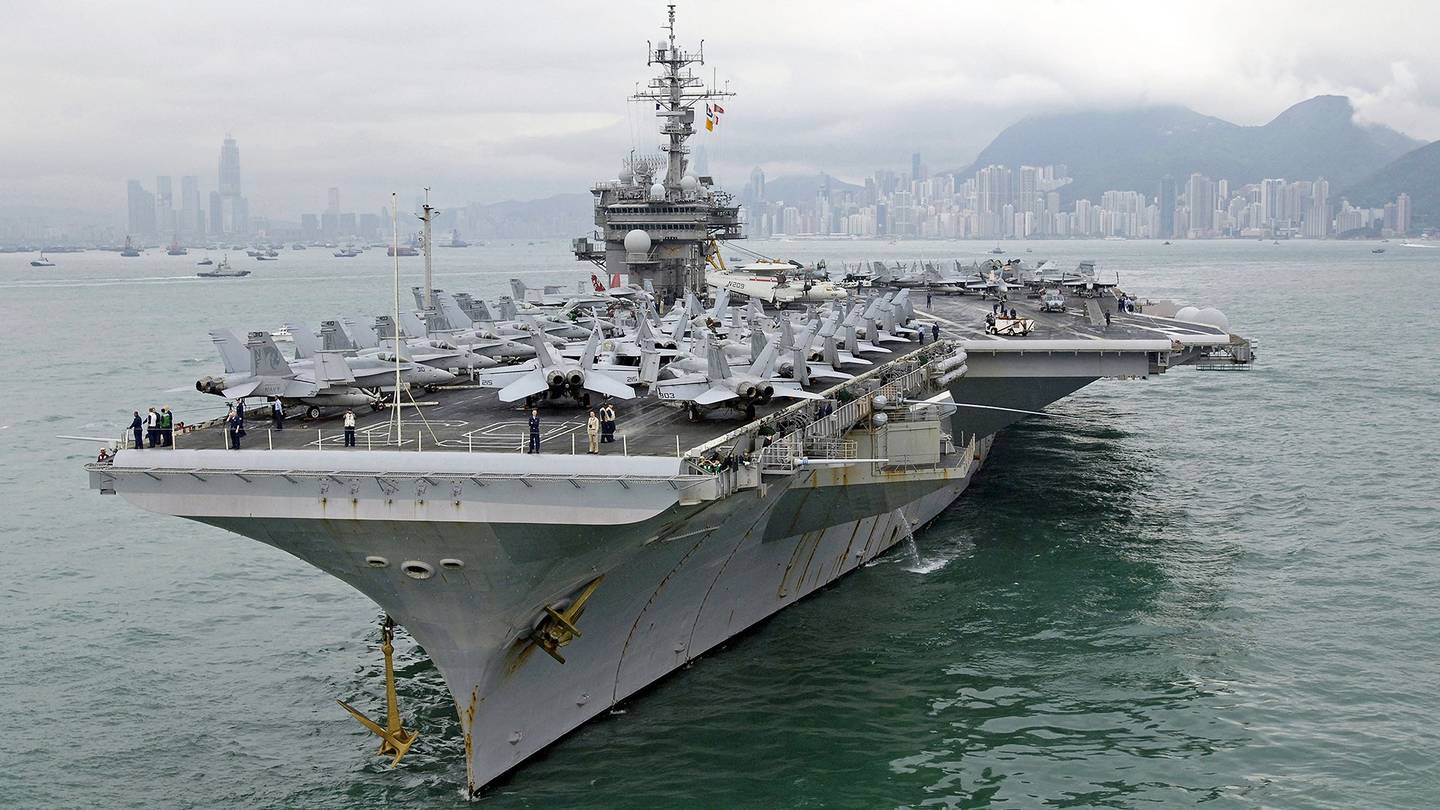 As the US Navy struggles to figure out how it can reach its new goal of a 355 ship fleet—up from 275 ships today—as quickly as possible, it has been looking towards extending the life of the ships it already has in service. Now the service is also examining the possibility of selectively pulling ships out of mothballs, refurbishing them, and sending them back to the fleet. One ship in particular may have a better shot than others at sailing the high seas once again—the USS Kitty Hawk (CV-63)—America's last operational conventionally fueled supercarrier.

The head of the Navy's Sea Systems Command, Vice Admiral Thomas Moore, stated that while most ships in the inactive fleet are in too sorry a state to be worth reviving, the USS Kitty Hawk may not be: "Of the carriers that are in inactive force, probably Kitty Hawk is the one that you could think about. But we studied that when we decommissioned Enterprise, and the carriers are pretty old." 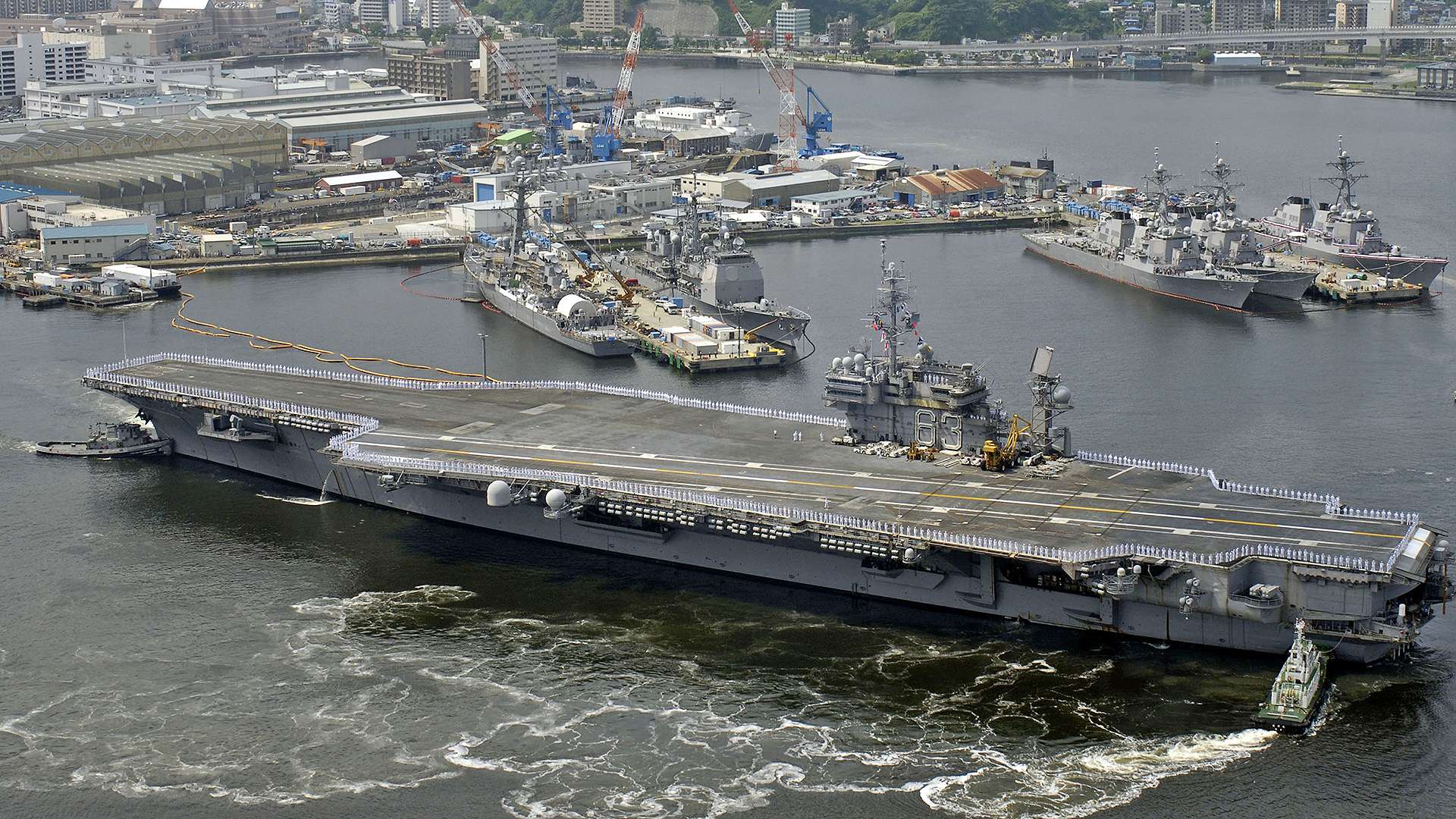 USN
Certainly pulling a carrier directly back into service would go a long way to bridging America's "carrier gap" and would make President's Trump's demand for a 12 supercarrier fleet much more obtainable. Currently the Navy has 10 operational supercarriers, and with the USS Gerald Ford's (CVN-78) entry into service date murky at best, that number may not increase for years to come. 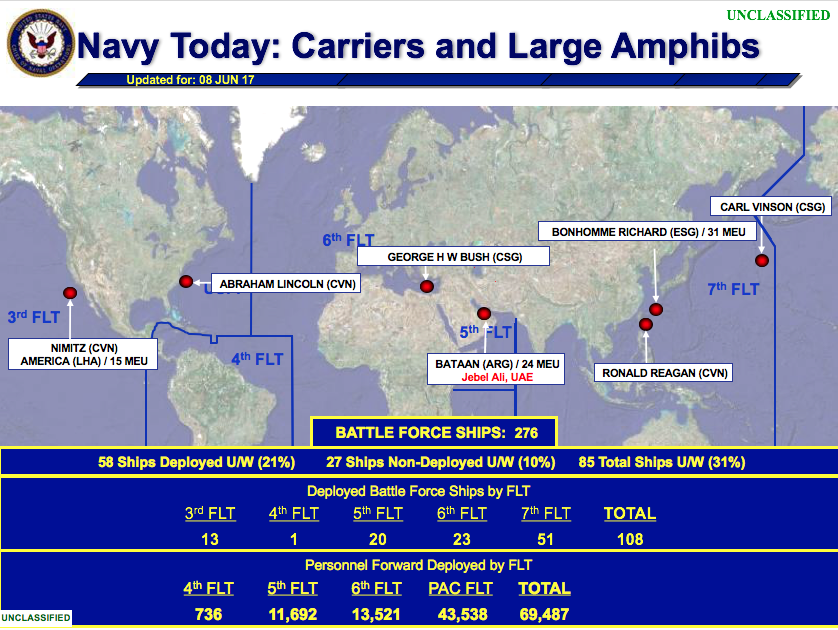 USN via USNI
Even just the possibility of Kitty Hawk returning to the fleet is likely music to the ears of those in Mayport, Florida, who have been begging the US Navy to return a supercarrier to the naval station there. The facility was never upgraded to support nuclear propulsion, so after the USS John F. Kennedy (CV-67) was retired in 2007, it has been without a resident supercarrier, which hurt the local economy and also has strategic implications as well. The Kitty Hawk would be an ideal candidate to call the base home without the need for major infrastructure investments. 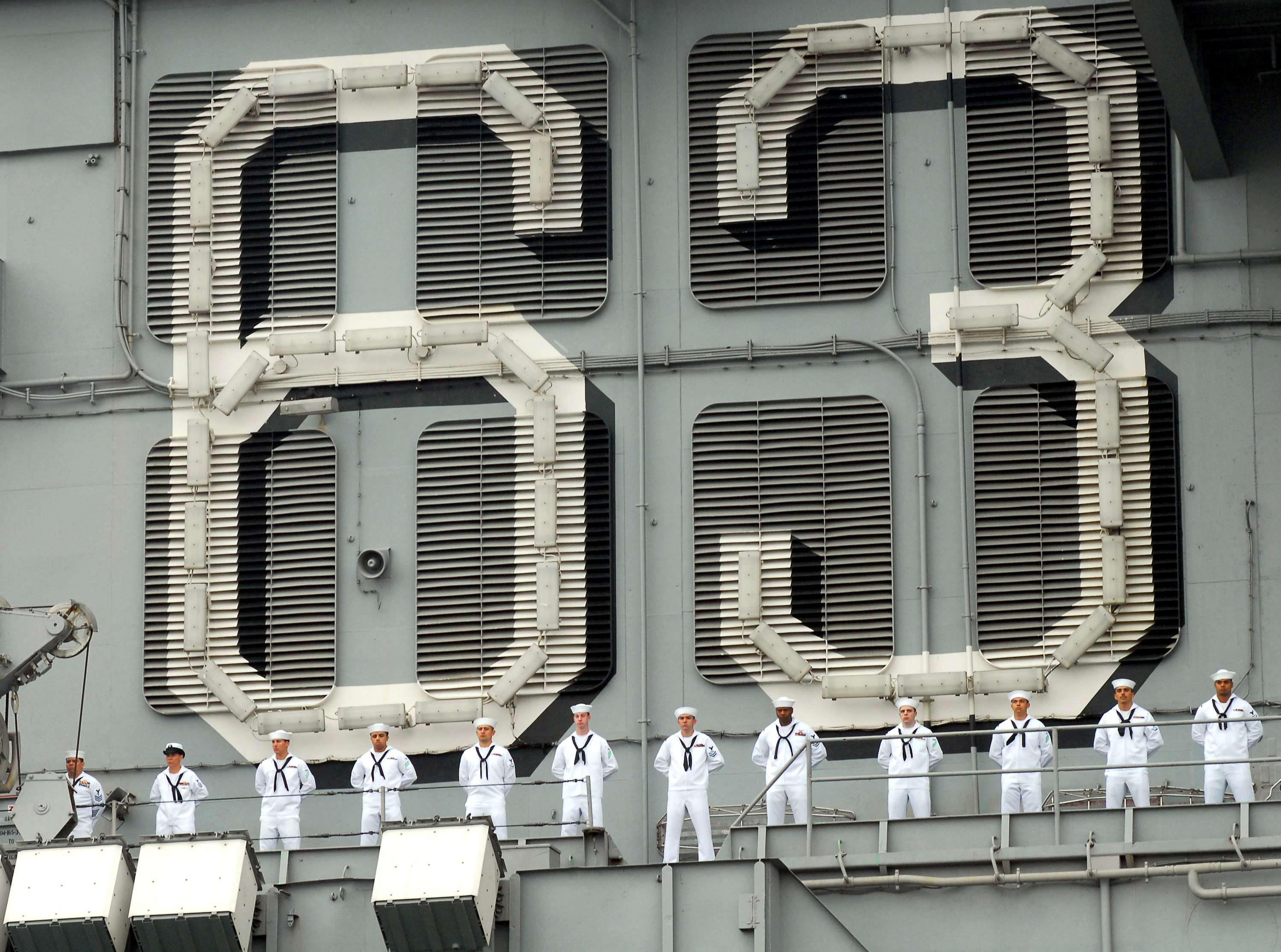 USN
Some of the other ships that would seem to be likely candidates for revival will probably be passed over—specifically the first five Ticonderoga class cruisers that sit quiet on the Delaware River. These ships didn't feature Mark 41 vertical launch systems, instead being equipped with twin-arm Mark 26 missile launchers and their associated magazines. But still, many have regarded their rickety reserve status a huge waste of latent surface warfare potential. Moore thinks otherwise, and probably for good reason.

The ships are vastly outdated compared to their active counterparts, and would take serious money to get them even close to their fleet counterparts standard. Not just that, but they have been cannibalized for spare parts in recent years. Moore says: "Most of those ships, from a combat systems perspective, are pretty obsolete...We probably wouldn’t bring them back and they’ve kind of been spare-parts lockers the last couple of years." 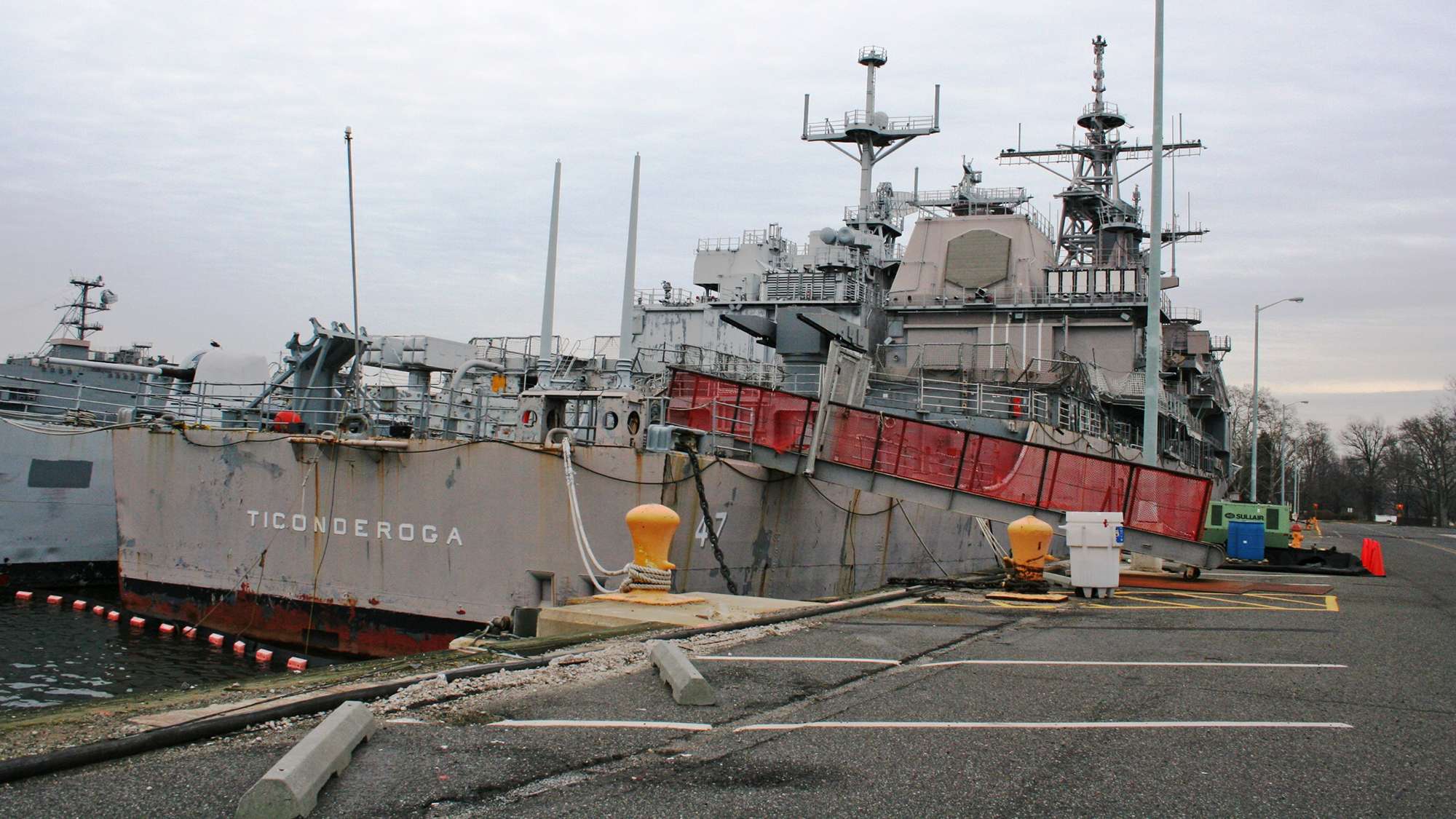 Bigbird78/wikicommons
The sorry state of the USS Ticonderoga (CG-47) at naval yards in Philadelphia.

Regenerating old ships is all about balancing the cost of bringing them back into service based on what mission sets they could provide, how degraded a capability compared to their modern counterparts is acceptable, and how long they could remain in service once the money has been invested in them.

Aside from the Kitty Hawk, the best candidates for regeneration are the ships that could take on lower-end tasks, and thus not require the huge amount of technological investment as their more advanced cousins require. Primarily this includes the Navy's mothballed logistical ships and especially its Oliver Hazard Perry class frigates. The tough Oliver Hazard Perry class ships were retired too soon by many accounts—a symptom of their fiscal neglect more than anything else—and were ripe for a major upgrade like many of the second-hand models operated by allied Navies around the globe have received. Some of these enhancements include the installation of Mark 41 vertical launch systems and upgrades to the ship's sensors and combat systems. 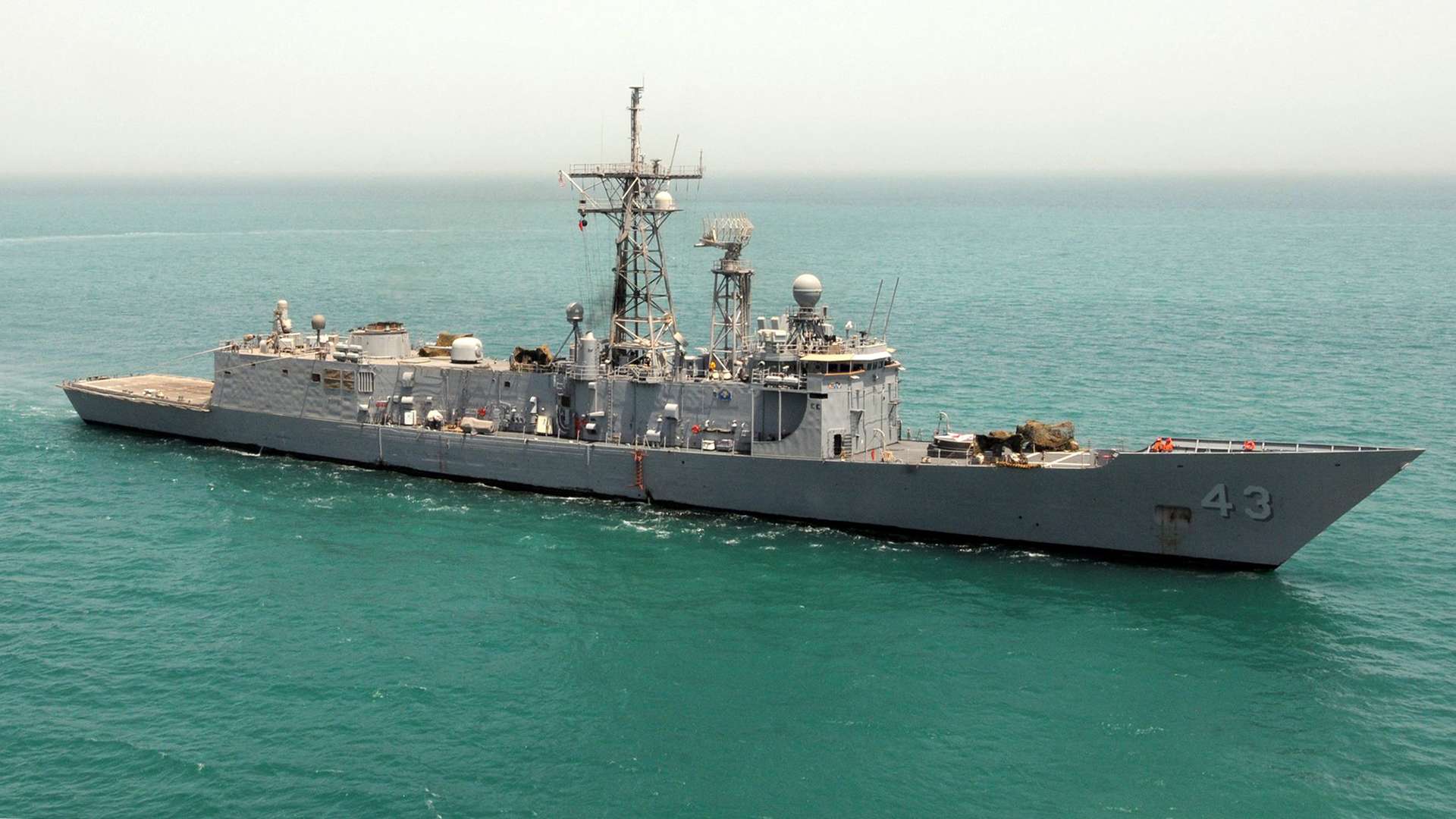 It is very likely President Trump would support such a plan, in fact we predicted exactly this type of asset regeneration program would occur under his administration. Trump also has a personal history with being very comfortable with operating aging but upgraded vehicles. He even hinted at the possibility of bringing back the Iowa class battleship during his campaign, although that is extremely unlikely to ever happen regardless of the political will involved.