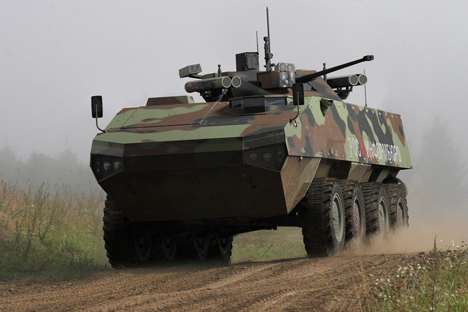 Do u have specs?l
thx 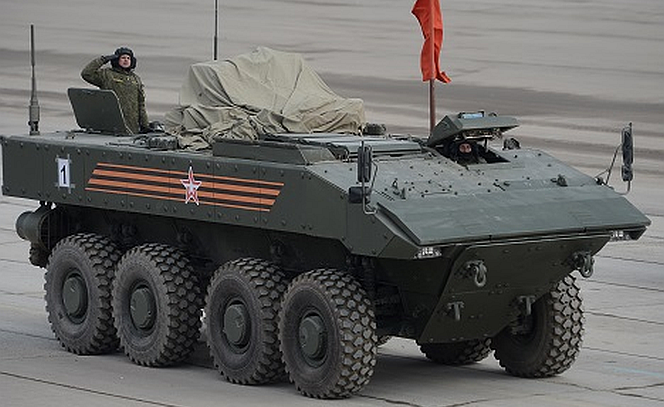 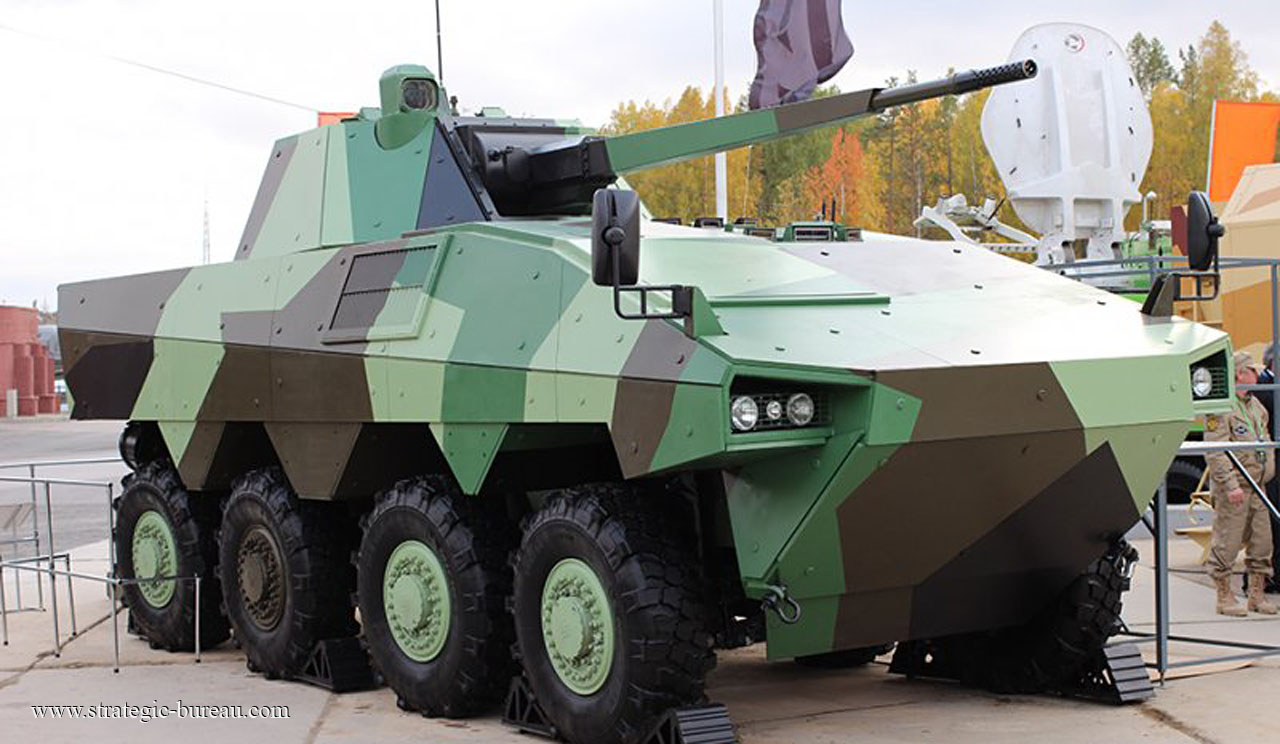 One of Russia’s newest state-of-the-art war machines, the extra-safe Bumerang APC, with outstanding active and passive defense systems, is undergoing state trials. If the Kremlin gives the nod, the manufacturer is ready to supply it to foreign armies.
The Bumerang is a next generation APC with a remote-controlled weapon station, an advanced control complex and layered active and passive defense systems, Aleksandr Krasovitsky, director general of the Military Industrial Company (MIC, Voyenno-Promyshlennaya Kompaniya), told RIA Novosti.

"One can say it's an indestructible APC with mobility, firepower, resistance and handling characteristics that exceed in some ways those of its best foreign counterparts,” Krasovitsky said, adding that early testing is already underway.

© Vitaly V. Kuzmin / Wikipedia
Over 40 Russian research and development companies have been taking part in creating Bumerang, yet most of the work was performed by MIC’s Military Engineering Center.

“If we get government authorization, we’re ready to sell it abroad,” he added.

The Bumerang amphibious armored eight-wheeler is to replace Soviet-designed personnel carriers BTR-80 and BTR-90. Most of its characteristics are still classified.

© Vitaly V. Kuzmin / Wikipedia
The vehicle reportedly weighs between 20 and 25 tons, depending on modular armor and weapons installed. The Bumerang is reportedly powered with 510 hp turbocharged diesel and has a top speed of 95kph. The engine is positioned in the forward part of the vehicle to increase safety of the personnel and the assault troops it can transport.

The APC’s troop compartment is accessible through a rear bay so that personnel getting on and off the vehicle stay out of the line of enemy fire.

The Bumerang’s weapon station is modular. The stock version is armed with a 30mm cannon (500 shells), 4 Kornet guided anti-tank missiles and a 7.62 machine-gun (2,000 rounds). Other models could include cannons of calibers up to 125mm.

© Vitaly V. Kuzmin / Wikipedia
Preparations for the production of the Bumerang began back in 2013, when MIC built a new assembly line from scratch, using brand-new equipment bought specifically for the new APC’s production.

The pilot batch of six Bumerang vehicles was produced in 2014. Those vehicles took part in the Victory Day parade on Red Square in Moscow on May 9, 2015.