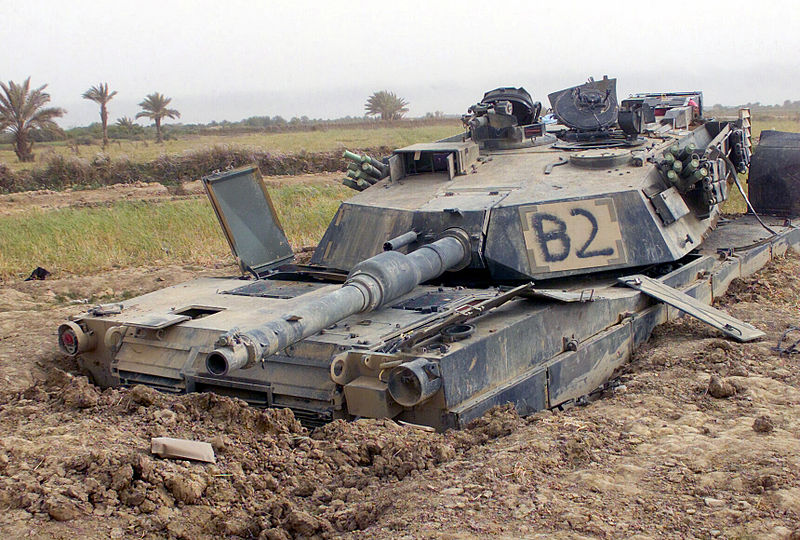 The T-90S is the latest development in the T-series of Russian tanks and represents an increase in firepower, mobility and protection. It is manufactured by Uralvagonzavod in Nizhnyi Tagil, Russia.
The T-90S entered service with the Russian Army in 1992. In February 2001, the Indian Army signed a contract for 310 T-90S tanks. 124 were completed in Russia and the rest are being delivered in 'knocked down / semi-knocked down' form for final assembly in India.
"The T-90S Russian tank represents an increase in firepower, mobility and protection."
The first of these was delivered in January 2004. The locally assembled tanks are christened 'Bhishma'. The tanks are fitted with the Shtora self-protection system and Catherine thermal imagers from Thales of France and Peleng of Belarus.
In January 2005, it was announced that a further 91 T-90S tanks would be procured for the Russian Army, although this number was later reduced. Deliveries are underway.
By November 2007, it has been estimated that the Russian Army has around 200 T-90 tanks. In August 2007, Thales was awarded a contract to supply 100 of these with the Catherine FC thermal imager.
In March 2006, Algeria signed a contract for the supply of 180 T-90S tanks from Uralvagonzavod, to be delivered by 2011.
In November 2006, India ordered a further 300 T-90 tanks, to be licence-built by Heavy Vehicle Factory (HVF), Avadi. Deliveries are to begin in 2008.
ARMAMENT
The T-90S armament includes one 125mm 2A46M smoothbore gun, stabilised in two axes and fitted with a thermal sleeve. The gun tube can be replaced without dismantling inside the turret. The gun can fire a variety of ammunition including APDS (Armour Piercing Discarding Sabot), HEAT (High Explosive Anti-Tank), HE-FRAG (High Explosive Fragmentation) as well as shrapnel projectiles with time fuzes.
The T-90S gun can also fire the 9M119 Refleks (NATO designation AT-11 Sniper) anti-tank guided missile system. The range of the missile is 100m to 4,000m and takes 11.7 sec to reach maximum range. The system is intended to engage tanks fitted with ERA (Explosive Reactive Armour) as well as low-flying air targets such as helicopters, at a range of up to 5km. The missile system fires either the 9M119 or 9M119M missiles which have semi-automatic laser beamriding guidance and a hollow charge warhead. Missile weight is 23.4kg. The guns automatic loader will feed both ordnance and missiles.
Also fitted is a coaxial 7.62mm PKT machine gun and a 12.7mm air defence machine gun. A 5.45mm AKS-74 assault rifle is carried on a storage rack.
SELF-PROTECTION
The T-90 tank is protected by both conventional armour-plating and explosive reactive armour (ERA).
The T-90 is fitted with the Shtora-1 defensive aids suite which is produced by Electronintorg of Russia. This system includes infrared jammer, laser warning system with four laser warning receivers, grenade discharging system which produces an aerosol screen and a computerised control system.
It is also fitted with NBC (nuclear, biological and chemical) protection equipment.
FIRE CONTROL AND OBSERVATION
The T-90S has the 1A4GT integrated fire control system (IFCS) which is automatic but with manual override for the commander. The IFCS contains the gunner's 1A43 day fire control system, gunner's TO1-KO1 thermal imaging sight which has a target identification range of 1.2km to 1.5km and commander's PNK-S sight.
"The T-90S has the 1A4GT integrated fire control system (IFCS) which is automatic but with manual override."
The gunner's 1A43 day FCS comprises: 1G46 day sight/rangefinder with missile guidance channel, 2E42-4 armament stabiliser, 1V528 ballistic computer and DVE-BS wind gauge.
The commander's PNK-4S sight includes a TKN-4S (Agat-S) day/night sight which has identification ranges of 800m (day) and 700m (night).
The driver is equipped with a TVN-5 infrared night viewer.
PROPULSION
The T-90S has a liquid-cooled V-84MS 618kW (840 hp) four-stroke V-12 piston engine. This engine can be fuelled by T-2 or TS-1 kerosene and A-72 benzine, in addition to diesel. The tank can carry up to 1,600 litres of fuel in the main fuel tanks and fuel drums. The fuel tanks are reinforced with armour plating.
The tank is provided with a snorkel for deep fording and can ford 5m of water with equipment which can be deployed in 20 minutes.
The mechanical transmission includes primary reduction gear, two planetary final gearboxes and two planetary final drives. The running gear features torsion bar suspension with hydraulic shock absorbers at one, two and six road wheel stations and tracks with rubber-metallic pin hinges.

The constituent parts of the 9M119M laser-guided missile of the Refleks guided weapon system.

The turret of the T-90S showing Shtora-1 countermeasures system.