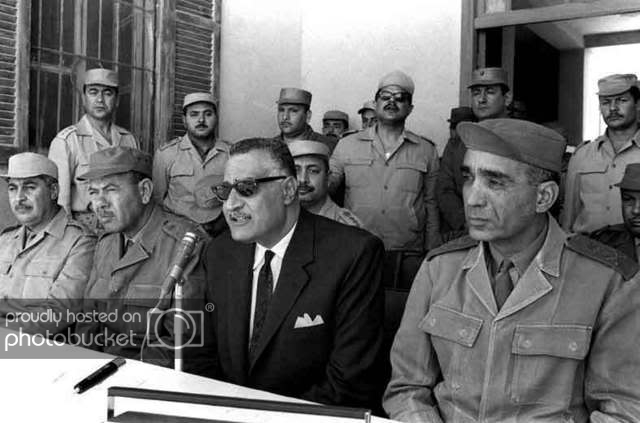 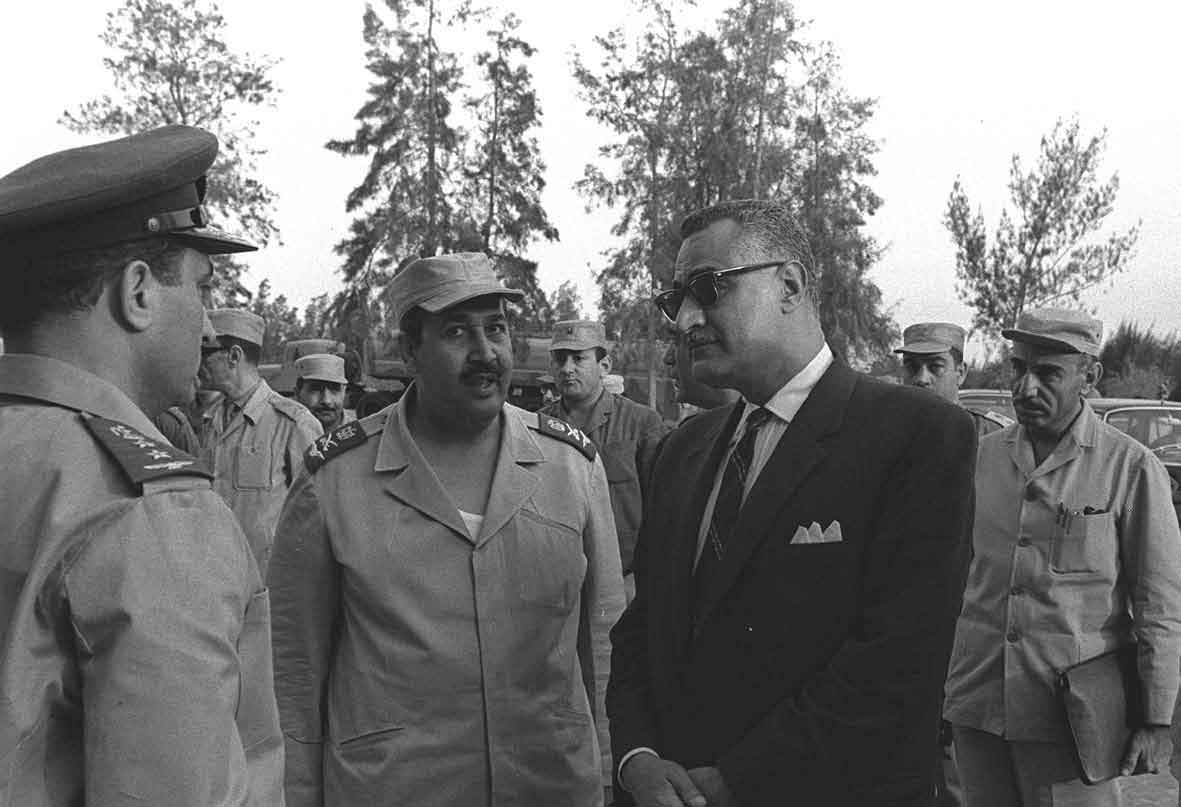 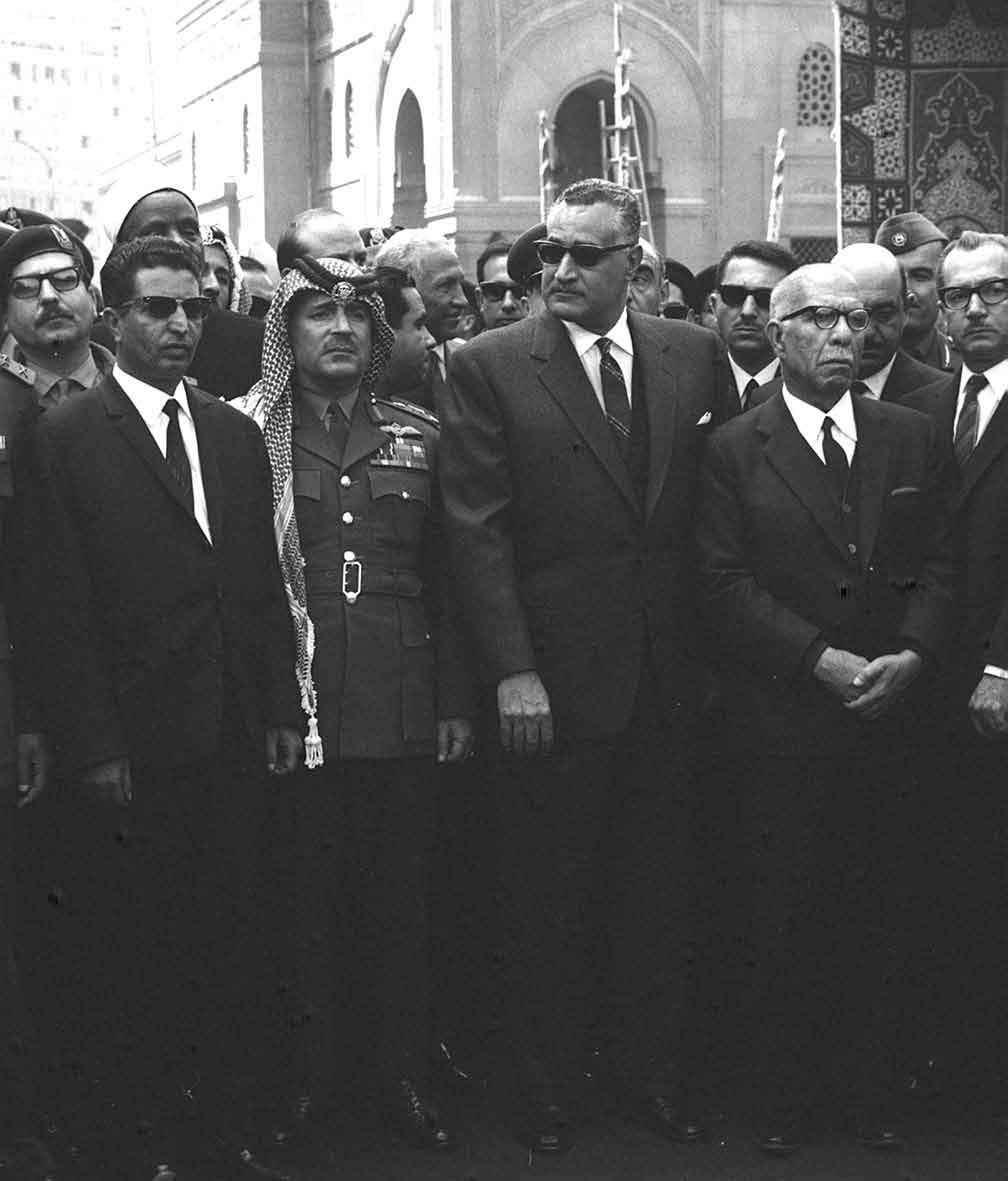 
Published in Cairo by AL-AHRAM established in 1875

​
​
On the morning of 10 March 1969, Egyptians read about the death of Lieutenant-General Abdel-Moneim Riyad, one of Egypt's bravest soldiers. "At the front until yesterday, advancing on an outpost heedless of the heavy shelling, he was struck down," read the presidency's declaration. "Endowed with the courage of heroes, he embodied all the noble qualities of our people." ​

On hearing the news of the hero's death, people took to the streets in tears. Egyptians flooded to Cairo from across the country, and headed towards Tahrir Square. They filled the square to overflowing, blocking the access streets and the area around the Egyptian Museum. People crowded on to balconies, waiting for Nasser to arrive. The angry crowds promised revenge for the blood of the fallen soldier, and reiterated their support for the leader and the army as the military funeral proceeded. The people only took to the streets again on Nasser's death.​


Had the Israelis thought about the catalyst Riyad's death would represent, they would have thought twice before killing him. The day of the funeral, Egyptians were reconciled with their leaders and with themselves, they reconfirmed their determination to fight, and affirmed their trust in their leadership and the new commanders whom Nasser had appointed to lead the armed forces to victory. Riyad had been struck by a shell as he stood, only 250 metres away from the Israeli guns. He belonged to the new generation of commanders appointed by Nasser, men who left an indelible mark on Egypt's history. Hardly a city or village in Egypt does not have a street or square named after him.​

Riyad had taken part in the 1948, 1956 and 1967 wars, and had often repeated that high-calibre, qualified leadership was needed to win the war, not courage alone. During the June war, he was the commander-in- chief of the Jordanian front, and had detected the Israeli planes heading for Egypt. But his signal, known as the Agloun message, was not heeded by the commanders in Egypt. ​
Born in Tanta on 22 October 1922, Riyad left the faculty of medicine to join the military institute, following in his father's footsteps, and graduated top of his class in 1944. His commander had written a very favourable report about his personality, diligence, dedication to duty, creative abilities, insight, common sense, and courage to speak his mind freely.​


Riyad was then sent to attend military training courses in Britain, where professors told him that his knowledge and experience far exceeded his military rank. He also studied in the Soviet Union, where he distinguished himself with another first. His Soviet professors dubbed him "the golden general" when he was still a major. In 1966, he was promoted to the rank of lieutenant-general, and so became one of the commanders of the armed forces.​


He believed that "few are born commanders like Khaled Ibn Al- Walid, but military commanders are a product of knowledge, experience, confidence and opportunity... We need to build commanders. A commander fulfilling his function is not one who is vested with the power to take decisions, but one who takes decisions at the right time.​


"A commander should be both honest and skillful. To admit your shortcomings is to be honest, and to perform the task entrusted to you by drawing on all your potential is to be skillful." But he never got the chance to prove his principles. The June war laid bare the superficiality and fragility of the military command, and showed that change was inevitable.​


On 11 June 1967, Nasser appointed Lieutenant- General Abdel-Moneim Riyad chief of general staff of the armed forces. For a few days, he held this post together with his position as commander of the Jordanian front. He often said to his men: "If we conduct the war from our offices in Cairo, we will surely meet another defeat. The commander's place is among his men at the front, not at the rear."​


When he took charge of the armed forces, he realised that his task was to build up the morale of the men under his command as well as to revitalise the arsenal squandered during the withdrawal of the troops from Sinai. He spent long hours in his office and in the field, constructing the plan for resistance and the war of attrition.​


He lived to see the fruit of his labour in the victory of the Egyptian forces in Ras El-Esh, where several squadrons of special forces held out against Israeli armoured tanks, and repelled their advance at Port Fouad. He also lived to see the destruction of the Israeli warship Eilat, and Israeli planes shot down by light artillery.​


He elaborated strategies to cope with different scenarios, one of which was the crossing of the canal and destruction of the Bar-Lev line. He started implementing this plan on 8 March 1969.​


This probably was the reason for his visit to the front the next day. He visited what was to be the site of crossing no. 6, anxious to see for himself that the plan would be carried out as he had conceived it.​


His visit to that particular site was his twelfth, and last. At 3.00pm, Riyad and his company were surprised by a burst of intense artillery fire. He immediately ordered his soldiers to fire back, and stood among them directing the counterattack.​


Since that day, Egyptians have commemorated his death on 9 March every year, and stopped to remember the hero that was Abdel- Moneim Riyad.​
© Copyright Al-Ahram Weekly. All rights reserved​