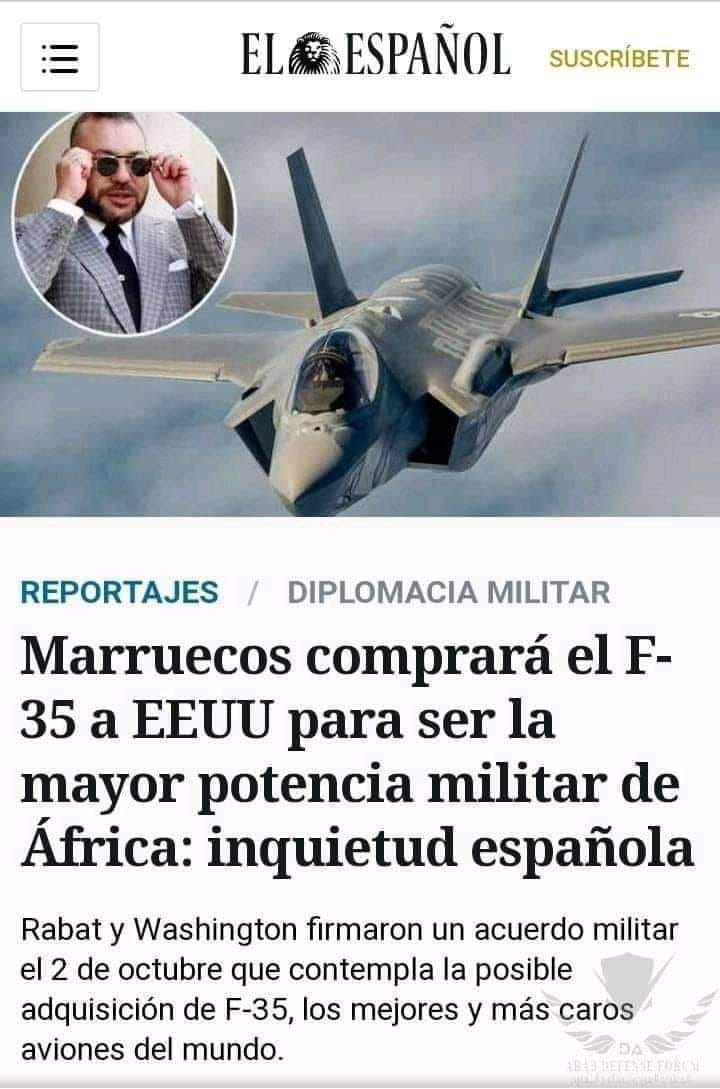 
Morocco will buy the F-35 from the US to be the largest military power in Africa: Spanish concern
Rabat and Washington signed a military agreement on October 2 that contemplates the possible acquisition of F-35s, the best and most expensive aircraft in the world.


Last October 2 marked a milestone in trade and diplomatic relations between the US and Morocco . That day, the two countries signed a "historic" agreement of character military to implement in the next decade.

The ultimate goal of the US Government is to strengthen defense cooperation and prepare the nation governed by Mohamed VI as the best-equipped North African country militarily, bearing in mind that the US Administration is already the largest supplier of weapons to Morocco.

Forbes magazine reported that “Morocco was the largest US arms customer in the Middle East and North Africa region in 2019,” and that “Washington reached arms deals with Rabat worth about $ 10.3 billion last year".

In this way, with the new headings in 2020 , Morocco has designed the roadmap for the next decade in North Africa with cooperation in different areas: "Freedom of navigation, intelligence exchange and disaster response operations", according to the Pentagon. To this can be added, according to sources from Rabat, the “acquisition and manufacture of weapons material”.


In this way, the Moroccan military commitment to the US machinery will strengthen in the next ten years. And Morocco will benefit from many privileges.

The first is to guarantee the "exclusivity" of US military supplies for the benefit of the Royal Moroccan Armed Forces, especially with regard to the F-16s, to which the US is introducing a series of technical and technological modifications.

Likewise, it will have the possibility to acquire the changes of the 6x6 Cougars armored tanks and the MIM-104 Patriot long-range surface-to-air missile system, exclusively for Africa. 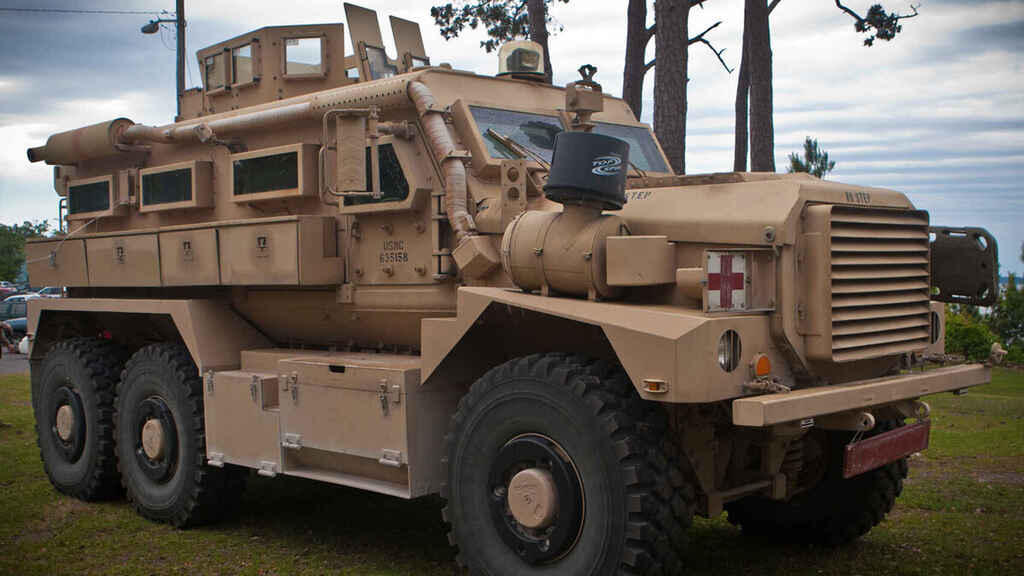 Cougar 6x6.
Morocco is among the 22 countries that will acquire advanced medium-range air-to-air missiles (AMRAAM) in a contract worth 768 million dollars to be completed in February 2023, as confirmed by the US Department of Defense.

In addition, this agreement will allow the development of Moroccan hardware and its opening to the American market. In turn, "the Moroccan military modernization will open the doors to enter the club of countries that have fourth generation aircraft with AESA radars, very similar to the F-35, the jewel of the fifth generation of the American army", published last week the Moroccan digital Hespress .

From the Moroccan intelligence they point out to EL ESPAÑOL that “in this decade Morocco will be able to acquire the F-35s. And, although the agreement is not specified, in some way it would mean recognizing the State of Israel, as has happened with the United Arab Emirates ”.

Israeli Prime Minister Benjamin Netanyahu opposed the sale of the F-35s or any advanced weaponry to any Middle Eastern country without previously recognizing the State of Israel.

Spain needs F-35
In addition to Spain's concern for the acquisition in its neighboring country of 36 Apache helicopters and more than 200 M1 Abrams combat tanks, there is now the possibility after this alliance of acquiring the best and most expensive F-35 aircraft, to the that few countries have access. At present there are only half a thousand operations in about twenty bases around the world and around a thousand pilots trained to maneuver them.

In this new context, it is essential that Spain acquire F-35s before 2030, according to several military personnel in their statements. The purchase of these aircraft for both the Spanish Navy and the Air Force has been raised on numerous occasions because it is the only option to replace the Harriers as a fixed-wing element on board the Juan Carlos I ship.

The second chief of the Navy's General Staff, Admiral José Luis Urcelay, stated in an interview with Infodefensa TV last September the need to replace the Harrier fighter jets with the fifth generation F-35 aircraft “because if not in the year 2030 we will have been alone in the world with this helicopter ”. 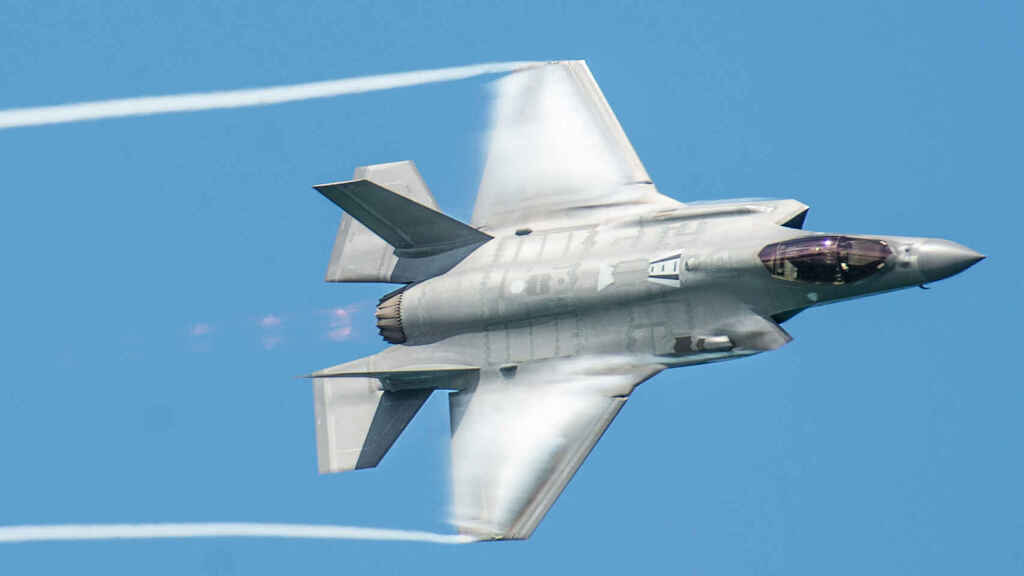 F35
For this reason, he confessed: "We are developing the entire conceptual process to reach a situation in which Spain can access these aircraft, which are essential if we want to maintain amphibious capacity in our Navy."

Fear of arms
But, in addition, one of the fears in Madrid is the possibility that Morocco will also join the club of arms producing countries. This would constitute a threat to their strategic and vital interests in the Mediterranean and the Atlantic.

Something that was revealed by the deputy minister in charge of national defense, Abdeltif Loudyi, when proposing to “consolidate military cooperation with the United States by promoting joint investment projects in Morocco in the defense industry sector, with a view to promoting the transfer of technology and gradually build the strategic autonomy of the country in this area ”.

And the thing is that the US will give the Maghreb country the keys to manufacture weapons with American technology, with which it will build drones and radars. For example, as EL ESPAÑOL has learned, Washington will transfer the RQ-4 technology to the manufacture of unmanned aerial vehicles for surveillance and attack. It is the largest drone in the world of the US military.

Considered the contemporary “spy plane” , it performs the so-called ISR missions: intelligence, surveillance and reconnaissance of land and sea spaces by day and night and up to 34 hours at a time.

NSA and CIA collaboration
The agreement also includes a cybersecurity and cyber defense collaboration. In the expansion of the Alcazaseguir naval base, in northern Morocco, a few kilometers from Ceuta, the National Security Agency (NSA) , the intelligence of the American naval navy attached to the Department of Defense, and also the CIA will be installed. it will expand its personnel and intelligence units.

The NSA intercepts the communications of other countries and secures the communications of the US Government , both internally and with its allies. Almost all the information regarding this agency is classified and the exact number of its employees and their locations is unknown, although it is known that it has stations in American bases deployed around the world and also in the military bases of its allies, at least in 35 countries.

According to sources consulted by EL ESPAÑOL, in Morocco "it will be installed at the Alcazaseguir naval base to control transit through the Strait of Gibraltar, but, in addition, they will build an American military base, presumably in the north eastern part of the country."

The inspector general of the Royal Armed Forces, Abdelfettah Louarak, specified in a statement that "the cooperation includes the organization of combined exercises, the exchange of information visits and participation in various trainings and training practices."

He also highlighted the importance of the African Lion multilateral exercises, known throughout the region as essential maneuvers for several countries, which this year were not carried out due to the closing of the borders due to the pandemic. Normally, they extend in the south of Morocco, but in the future their scope will be extended to the Sahel. 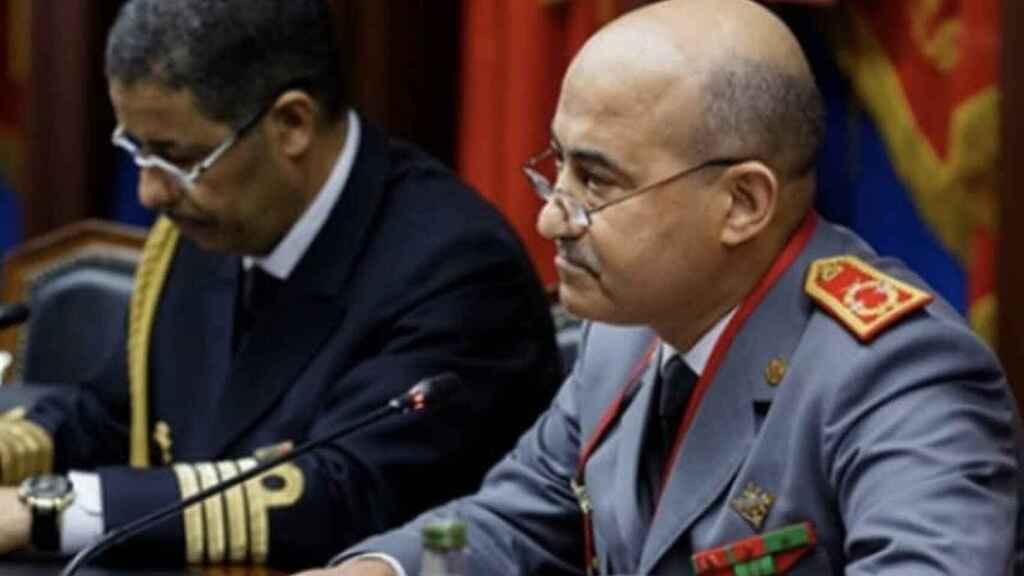 
From the headquarters of the Department of Defense they explained that the agreement took two years to negotiate and could serve as a model for future US pacts with other governments in Africa.

In Morocco , the agreement was signed during the three-day visit to Rabat by the US Defense Secretary, Mark Esper, at the beginning of October. For the US Administration, "Morocco is a strategic ally outside of NATO and a gateway to the African continent," said Esper.

He added that "for trade links and exchanges, we must strengthen our defense capabilities and develop partnerships with African governments", recalling that "Morocco is a leader in this area." Despite everything, Algeria , its great rival in the region, remains the greatest military power on the African continent.

Other agreement
Esper also visited Tunisia and Algeria during the same tour of North Africa. With Tunisia he signed another military agreement, while with Algeria, where the Americans have not traveled since 2006 and which they consider an important ally in the fight against terrorism, Esper met with the president, Abdelmadjid Tebboune, and with the head of the Army , General Saïd Chengriha. He discussed the expansion of security cooperation and the problems in the Sahel region.

This trip is analyzed as a gesture to invite Algeria, one of the main investors in military equipment, to come closer to the strategic orbit of the United States.

Unlike Morocco and Tunisia, Algeria relies primarily on Russia to equip its armed forces. It also maintains very good relations with China, which is its main commercial supplier, with exports that exceeded 500 million euros in January 2020, 18% of Algerian imports.

The previous president, Abdelaziz Bouteflika, was ousted in 2019 by popular protests. The country's draft Constitution, if approved, would allow it to deploy its troops outside the country's borders.

In any event, while the US formally regards Morocco and Tunisia as non-NATO allies, it is not clear that Algeria intends to move to join its neighbors in the short term.

In this way, the Americans seek to strengthen their partnerships in North Africa amid Russia's growing military presence in the Mediterranean, and the interests of Moscow and Beijing on the African continent. In addition, they work for security in North Africa, the Sahel and Libya.

Counter Terrorism Office
Apart from this agreement, other pacts between Morocco and the US have been sealed in recent times. In September, the Foreign Minister, Nasser Bourita, and the US Secretary of State, Mike Pompeo, presided over the signing of another bilateral agreement by videoconference to consolidate the diplomatic privileges and immunity of both parties. The next American consulate will open in Casablanca and construction will begin this year. 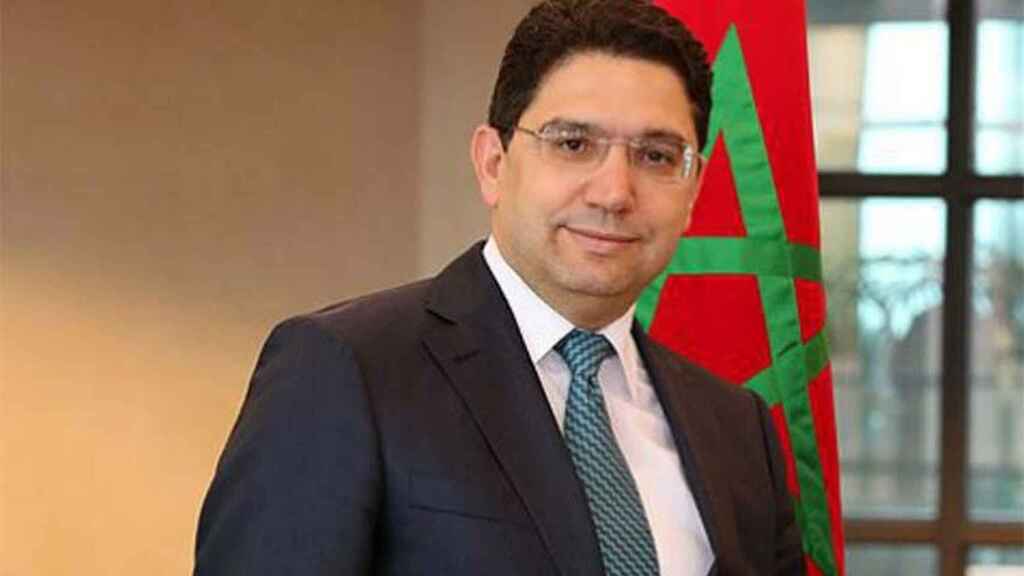 Nasser Bourita.
Regarding the security aspect, the new American ambassador in Rabat, David T. Fischer, stressed that "the US and Morocco remain determined in their intention to promote religious freedom and fight against violent extremism."

Thus, on October 6, the United Nations Office Against Terrorism (UNOCT) and Morocco signed an agreement on their establishment in Rabat to develop counter-terrorism capacity and cooperation in Africa.

The training center will design and deliver specialized anti-terrorism and law enforcement programs to requesting member states in North Africa and Sub-Saharan Africa, with an initial focus on the Sahel. In addition, it will develop national counter-terrorism curricula in line with human rights.

As EL ESPAÑOL has learned, Abdellatif Hammouchi, in command of the General Directorate of National Security (DGSN), decorated by the Spanish and French governments for his fight against terrorism, is the strongest candidate to direct this training center.

The friendship treaty between both countries dates from 1786 and was renegotiated in 1836. Ambassador Fischer already defended last summer before the Foreign Affairs Committee of the North American Senate that this association is "vital" and "must be consolidated" economically and politically, as well. as in terms of security cooperation. To which Mark Esper of the Pentagon added in his recent visit to Rabat: "In many respects, Morocco is the first friendly country of the United States of America." 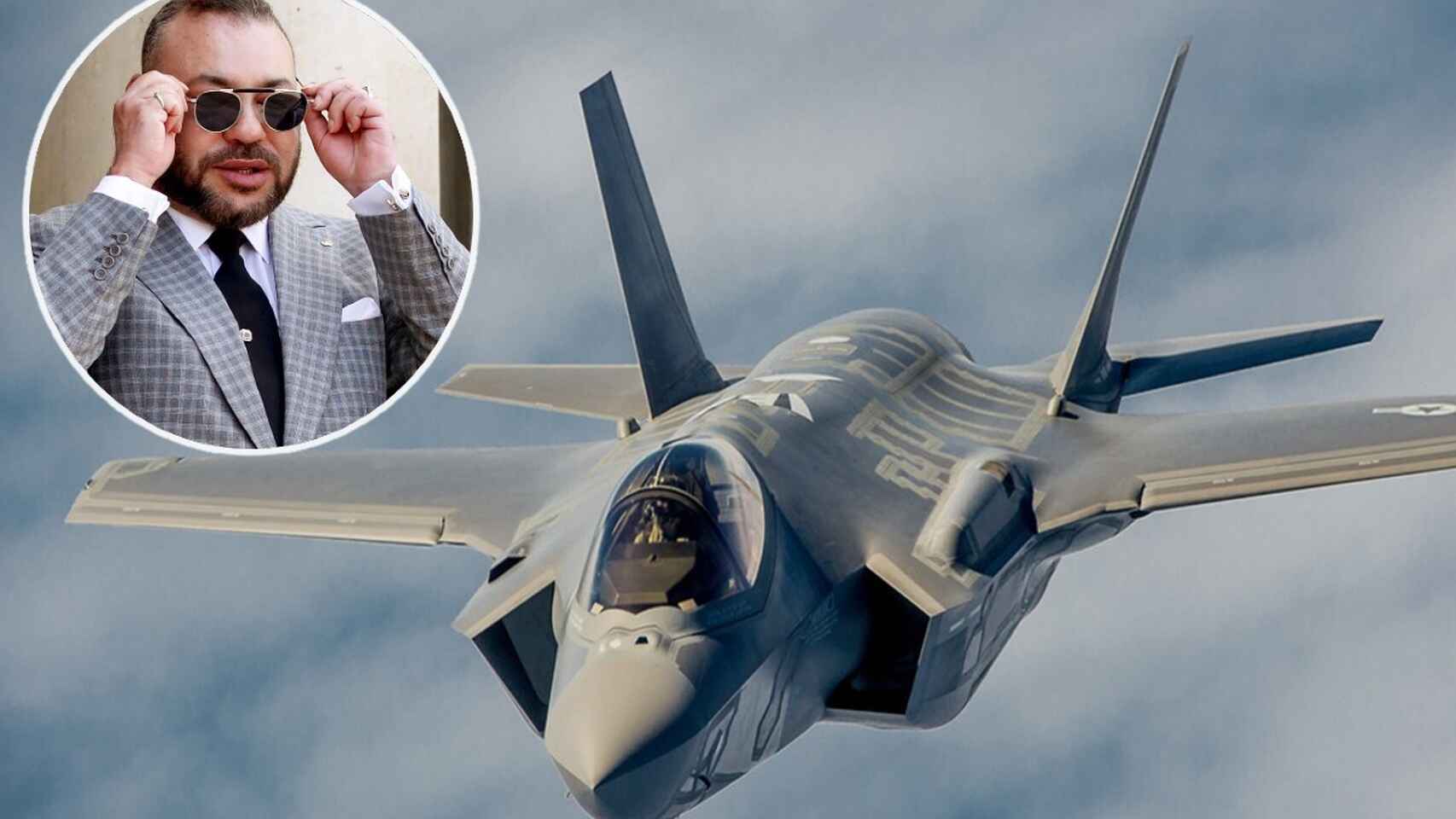