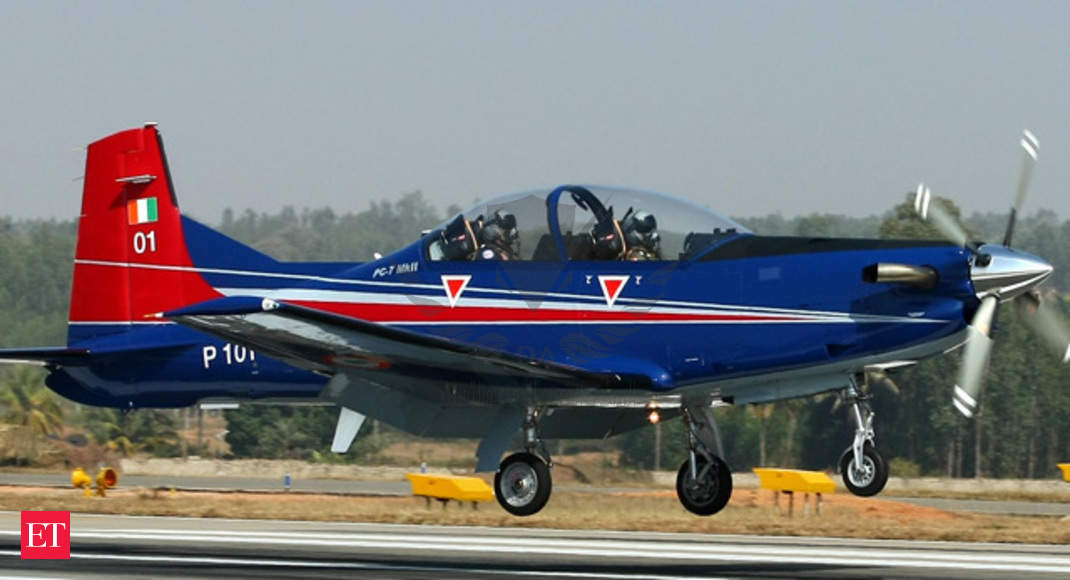 Swiss firm Pilatus, which has supplied the bulk of trainer aircraft currently in operation with the air force, has been banned for at least one year by the defence ministry, following the registration of formal cases by the Central Bureau of Investigation (CBI) into charges that corrupt practices were used by the company to bag the Rs 2,800 crore deal in 2012.
The ban, which strictly prohibits any business dealings with the Swiss firm, will mean that the air force needs to find alternate sources for spares and parts for the existing fleet of basic trainers that are used for the initial stage training of its pilots. The air force operates 75 of the Pilatus PC 7 Mk1 aircraft.


“Business dealings with the firm will remain suspended for a period of one year for violation of article 6.6 of the PCIP (Pre Contract Integrity Pact) and ongoing investigation by CBI, Delhi Police, ED and Income Tax Department into corrupt practices, unfair means and illegal activities by Pilatus Aircraft Limited,” an official notification by the ministry reads.
As reported by ET, last month the defence ministry also indefinitely banned all business dealings with a company owned by fugitive arms dealer Sanjay Bhandari who is being investigated by Indian agencies on several counts, including fixing of a deal for the Pilatus basic trainers.
Bhandari, who was close to Congress leaders and is suspected to have business dealings with Robert Vadra, managed to escape India following raids at his residence and offices and is currently residing in London. His company Offsets India Solutions (OIS) had been barred from business in India.

The defence ministry notification into the Pilatus ban says that in response to a show cause notice in January 2017, the company admitted to engaging OIS and paying it at least 1 million Swiss francs in 2010 in connection with the deal for the trainers. These payments were made before the deal was signed with the Indian Air Force.

As its reply to the show cause was found unsatisfactory and following the registration of cases by the CBI, the ministry has taken strong action to bar the company.

OIS and its affiliates were involved in offset contracts for foreign original equipment manufacturers and had business interests linked to several major defence deals inked by India during the UPA regime, Bhandari, who was the most visible promoter of the company, has been charged under the Official Secrets Act (OSA) after
classified documents were found at his residence during raids in 2016.


Offsets India Solutions also tried to get business from the Rafale fighter jet deal and had applied `considerable pressure’ for a slice of the work, according to key negotiators that ET has spoken with. Though a few rounds of talks were held, the French side decided against the OIS option, with the perceived closeness its promoter Bhandari had with Vadra being a strong factor.


The CBI is probing corruption allegations into the 2012 deal to acquire 75 Pilatus PC 7 Mk1 aircraft and the role of several top air force officers, including a former Chief of Air Staff is under the scanner with the agency seizing official files and documents related to the deal negotiations and contract signing. The defence ministry has already clamped down on an additional order for 38 of the Swiss trainers that was being pursued by the air force.