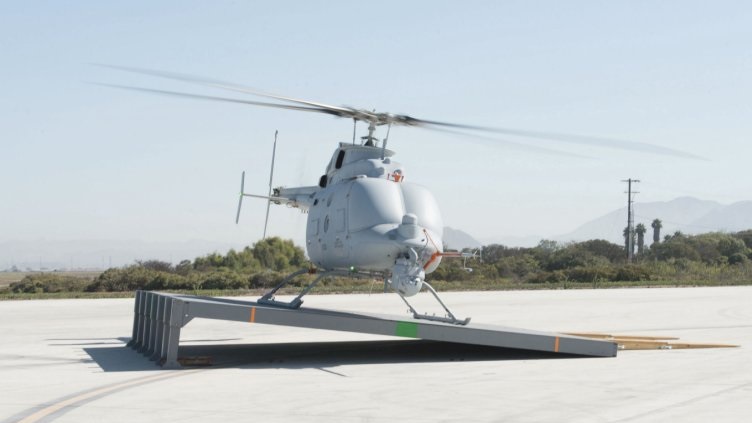 Northrop Grumman has delivered the first of a possible 70 MQ-8C Fire Scout unmanned helicopters to the US Navy (USN), the company announced on 3 December.

Based on the Bell 407 helicopter, the aircraft is a larger and more capable version of the Schweizer Aircraft 330-based MQ-8B Fire Scout. The MQ-8C has double the endurance and three times the payload capacity of the B-model, Northrop Grumman said in a statement. The C-model has a range of about 150 n miles and a payload capacity over 317 kg. It is outfitted to conduct ship-based intelligence, surveillance, and reconnaissance (ISR) missions.

The company is under contract to build 19 MQ-8Cs, including two test aircraft. The navy's total planned inventory for MQ-8 Fire Scout is 70 air vehicles (which includes 61 production funded and 9 research, development, test, and evaluation funded vehicles). In addition to the 30 MQ-8Bs and 19 MQ-8Cs that have been procured to date, the programme will buy an additional 21 MQ-8C air vehicles. The MQ-8Cs first deployment is currently scheduled for 2016.

The USN conducted land-based MQ-8C flight tests in August to prepare for sea-trials. The first ship-board flight tests aboard USS Jason Dunham (DDG 109) are scheduled to begin in the coming weeks. The trials will provide the navy with data to assess the system for operational use. "The test programme will run through the summer as we expect these aircraft to be ready for operations by year's end," George Vardoulakis, vice-president for medium-range tactical systems at Northrop Grumman, said following the land-based testing earlier this year.

Those tests at Naval Base Ventura County in California consisted of take-offs and precision landings on sloped surfaces that simulated a ship at sea. The autonomous MQ-8C is able to precisely track and understand the roll and pitch of at-sea conditions, according to the USN. It uses the same autonomous take-off and landing systems as the already deployed MQ-8B.

ANALYSIS
The Fire Scout's role seems likely to evolve beyond ISR fairly quickly. Earlier in 2014 the US Department of Defense disclosed that the MQ-8C is to be given an electronic warfare (EW) capability in addition to its baseline ISR sensors, through the development of a new external pod. Northrop Grumman is to develop and integrate the Multi Capability Pod (MCAP) onto the MQ-8C by June 2015 in time for the end of sea trials. 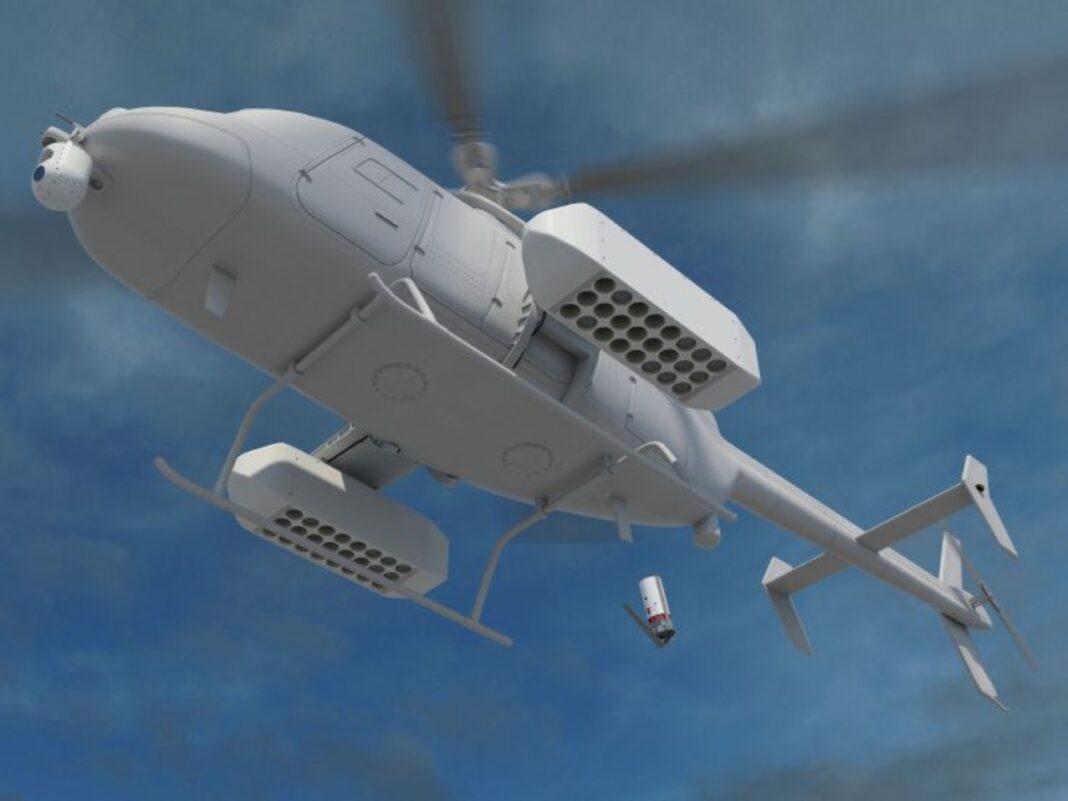 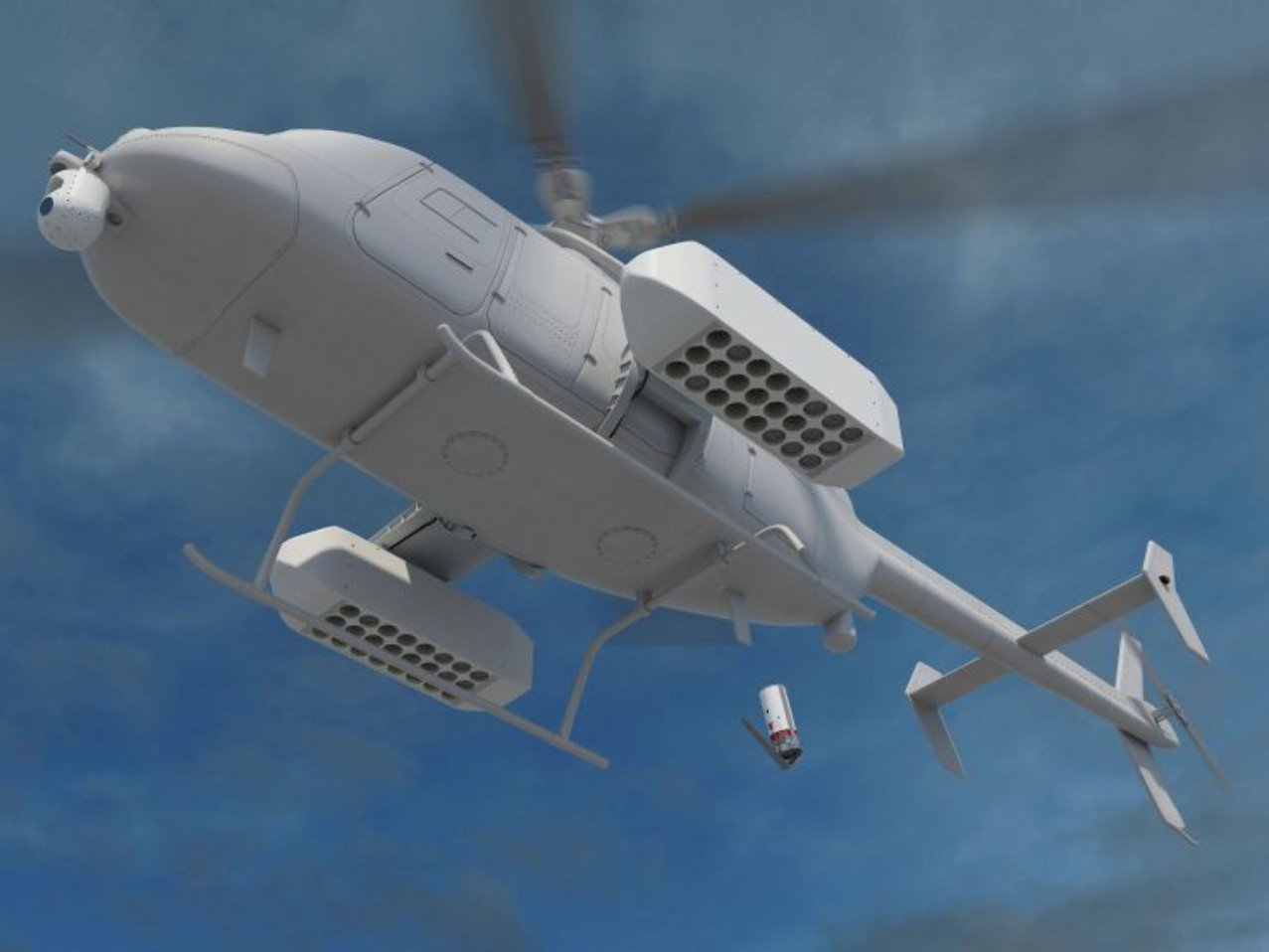 Northrop Grumman presented an upgrade to the U.S. Navy autonomous helicopter system equipped with external pods to dropping Ultra sonobuoys. Earlier this week, the corporation has shared pictures of its advanced version of the MQ-8C Fire Scout unmanned aircraft system upgraded for anti-submarine...